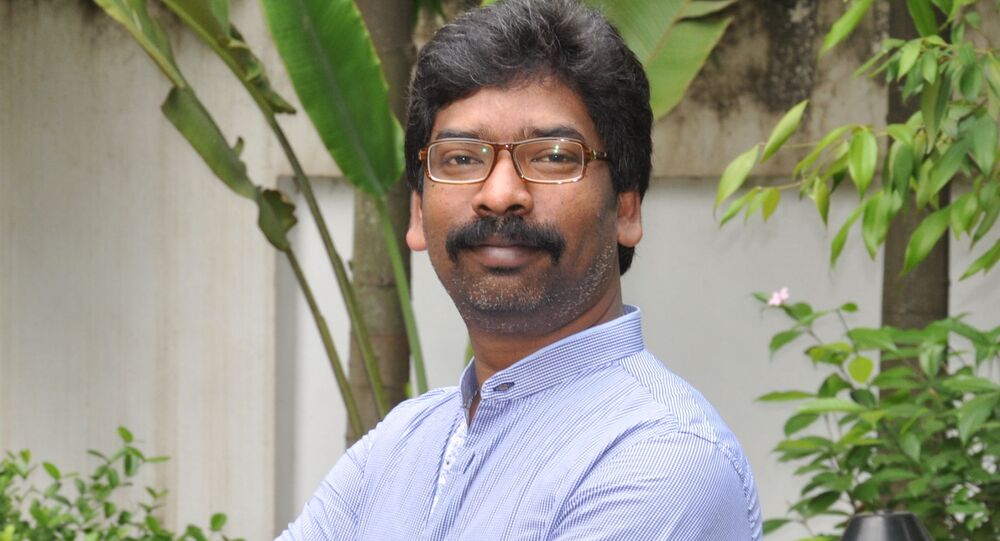 India's ruling Bharatiya Janata Party suffered a third major political reverse on Monday, when the opposition party alliance in India’s mineral rich state of Jharkhand returned to power after five years following a three-week-long election after less-than-satisfactory performances in the states of Haryana and Maharashtra.

JMM has been the main opposition party in India’s Jharkhand state over last five years.

The JMM is led by Hemant Soren, the 44-year-old son of three-time former state chief Shibu Soren, who was acquitted in 2018 in connection with the 1994 murder of his one-time private secretary Shashi Nath Jha.  The father has also been convicted in the past for various other criminal cases.

Shibu Soren was the prime mover of the Jharkhand Mukti Morcha movement, which was launched to establish a separate state of Jharkhand out of Bihar state. He achieved success in this mission in 2000.

Hemant Soren is likely to stake a claim and form the next government in an alliance with the Congress party, replacing the incumbent Bharatiya Janata Party (BJP) administration. At the time of the filing of this report the JMM-Congress alliance had comfortably crossed the majority legislature mark of 41, leading in 46 seats.

The BJP, which controlled the state legislature before the elections with 44 seats, was soundly defeated, securing a lead in only 25 seats.

The state’s outgoing head Raghubar Das was trailing in his Jamshedpur East assembly constituency, while chief-designate Hemant Soren of the JMM won from his Barhait constituency and was leading in the Dumka constituency as well. Das finally conceded defeat in the elections.

Addressing the media after his poll victory, Hemant Soren called out the BJP for "not talking" about the poor state of the Indian economy and for using force to quell anti-Citizenship Amendment Act (CAA) protesters across the country. The protests relate to a controversial new law which grants citizenship to Hindus, Sikhs, Buddhists, Jains, Parsis and Christians fleeing religious persecution in Pakistan, Bangladesh, and Afghanistan. The same law, however, denies this right of citizenship to Muslim migrants from these countries.

"Why doesn’t the BJP tell the people of India about the condition of the economy? They are using brute force and the power of lathi (baton) to impose ill-planned laws on them….. Jharkhand has spoken out. BJP went to people with National Register of Citizens and Mandir-Masjid issues, they wanted to polarise my state, but people have voted for development," Hemant Soren said.

He further said that the BJP owes an answer to the people.

In the 2014 state assembly elections, the JMM and the Congress-Rashtriya Janata Dal combine had contested separately. This year, they agreed to join hands to counter the incumbent BJPwhich contested the polls alone for the first time since the creation of Jharkhand in the year 2000.

Under a pre-poll arrangement, the JMM contested in 43 seats, while the Congress fielded its nominees in 31 constituencies. The Rashtriya Janata Dal (RJD) contested in seven seats.

The passage of India’s contentious Citizenship Amendment Act grants Indian citizenship to non-Muslim immigrants from Afghanistan, Pakistan, and Bangladesh. The passage of the Act by parliament has evoked massive ant-Narendra Modi government protests in different parts of the country, leading to police-protestors clashes at various places. The main grudge of largely Muslim protestors is that this Act and a proposed National Register of Citizens (NRC) are against Muslim community in the country.