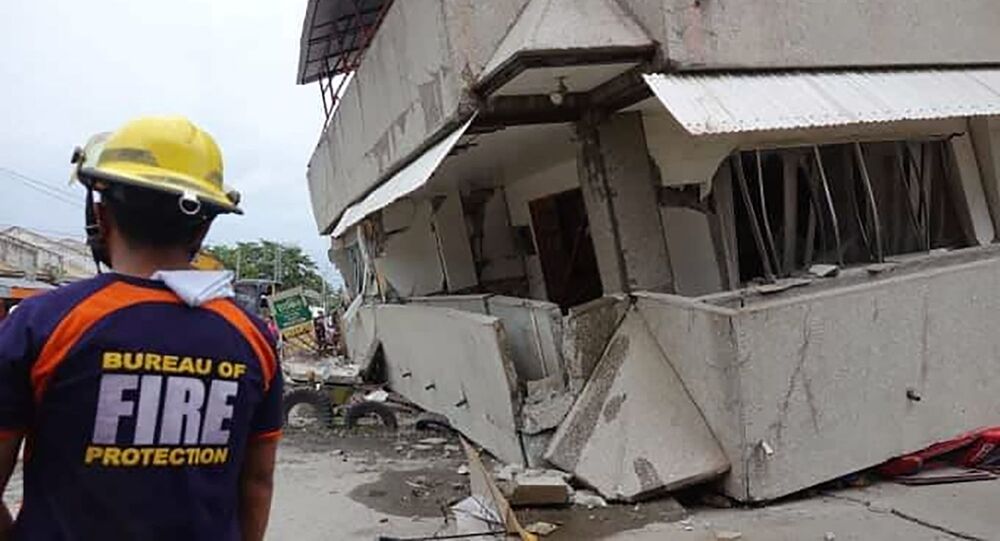 Rescuers Search for Survivors After Earthquake in Southern Philippines' Padada

On Sunday, three people were killed and 31 injured as a result of a 6.8 magnitude earthquake that was the fifth to hit the region since October.

On Monday, rescue teams checked for survivors in the Southern Trade Shopping Centre in Padada that collapsed during an earthquake, with the epicentre located 20 kilometres (12 miles) from the town, which is situated on the island of Mindanao. Five people were thought to be trapped in the ruins, according to local officials, cited by the Reuters news agency.

Rescuers used chainsaws and thermal imaging equipment to hunt for possible survivors, but said that little hope was left to find any of them alive.

The three victims of the quake were a 6-year-old girl, who was killed by a wall, and two women.

Later, the death toll of the earthquake was updated to 7 victims.

In November, a 5.9 magnitude earthquake occurred on the island of Mindanao, injuring at least four locals.