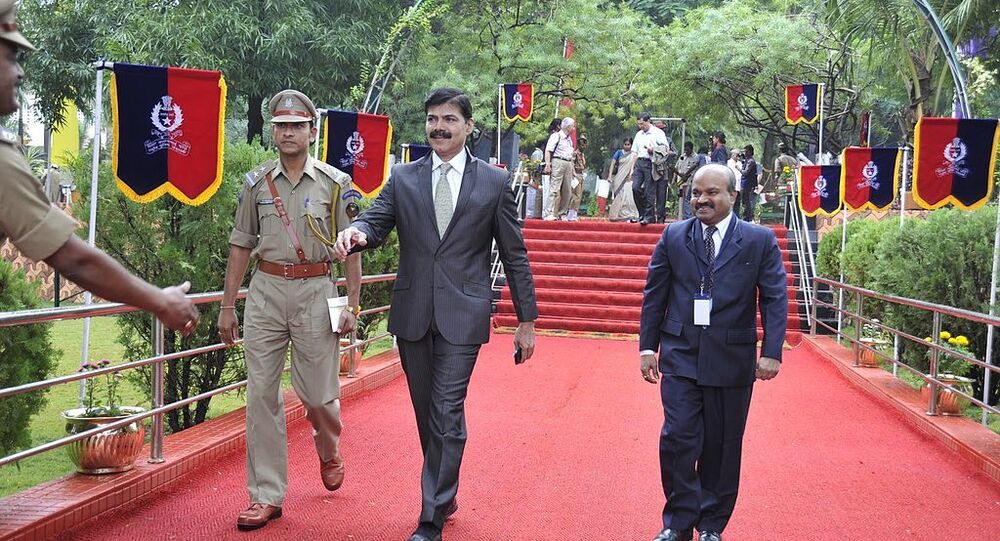 New Delhi (Sputnik): Left-Wing Extremism, also known as Maoism or Naxalism, has been a challenge for the Indian government with 13,837 civilians and 7,206 security personnel killed since 2000, according to the South Asian Terror Portal, an organisation that analyses terrorist activities in the region.

The Indian Government has appointed K. Vijay Kumar as the new Senior Security Advisor to the Home Ministry.

Kumar, a former advisor to Governor of Indian-administered Kashmir, will hold the position for a year from the day he takes office.

The former officer is well-known for his tenure as the chief of special police in Tamil Nadu, during which the notorious bandit brigand Veerappan was killed.

Left-Wing Extremism has been debated in Parliament during the current Winter Session. Talking about the steps taken to tackle the extremist ideology, the government said India has approved a National Policy and Action Plan in 2015, which “envisages a multi-pronged strategy involving security related measures.”

Many states in India such as Chhattisgarh, Jharkhand and Bihar have been grappling with extreme left-wing ideology. According to data provided by the Ministry of Home Affairs, there were a total of 833 incidents in 2018. Also, the number of extremely-affected Maoist Districts increased from one in 2017 to three in 2018.

The roots of extremism in India can be traced back to the peasant rebellions in the 1950s. Maoists claim to fight on the behalf of the rural poor and landless people of India and envisage the formation of a communist state.

Similarly, the situation on the Indian side of Kashmir has remained precarious since the government’s decision to abrogate the region's special constitutional status in August. Jammu and Kashmir has since become a federally administered Union Territory.

Kashmir continues to see a sporadic media and internet restrictions although Prime Minister Narendra Modi claimed in October that the situation would normalise in four months.