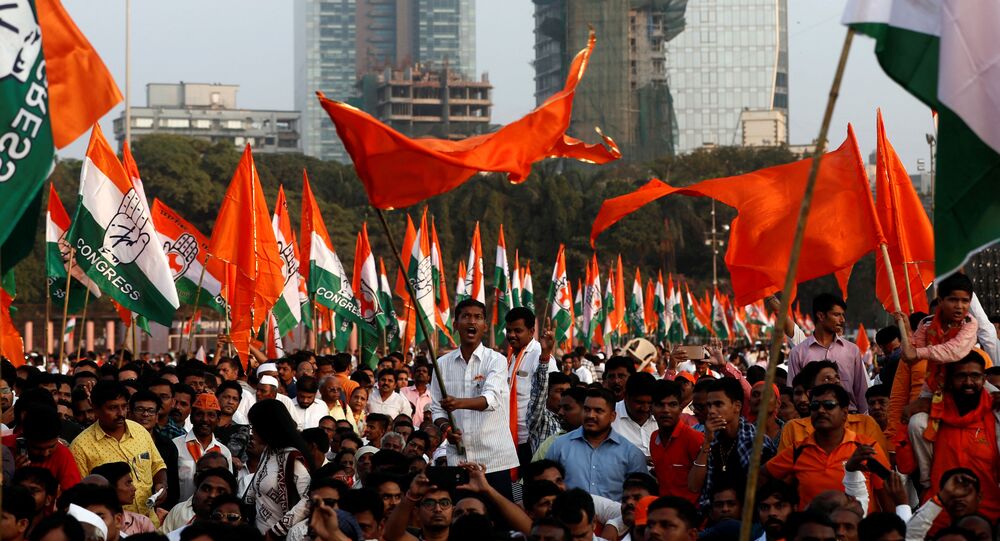 Sputnik (New Delhi): India is planning to introduce the Citizenship (Amendment) Bill (CAB) during the ongoing winter session of parliament. The legislation, if passed, would allow Hindu immigrants from certain neighbouring countries with Muslim majority populations to immigrate and settle in India.

Leaders of the Congress Party in India’s north-eastern state of Assam have decided to boycott a meeting called by federal Home Minister Amit Shah to discuss the proposed amendments to the citizenship legislation.

The proposed amendments to the law proposes relaxing eligibility – the number of years that an immigrant should have stayed in India to obtain the citizenship of the country - from 11 years to six years.

The CAB has previously been introduced in parliament, but the Rajya Sabha, the Upper House, rejected it saying that “right to citizenship is for all and not specific religions”. It was further argued that the legislation would create “ethnic divisions” in the country, especially in the ethnically diverse Assam.

Analysts have argued that it was a ploy by the governing Bharatiya Janata Party to accommodate Hindus left out in the National Register of Citizens (NRC) in Assam – to filter out illegal migrants from the state. More than 1.9 million Assam residents have not been included in the final list of the NRC. However, the Indian government has given excluded people 120 days to appeal in foreign tribunals.

The CAB Bill has also evoked criticism for its “evident communal nature”, highlighting the exclusion of Muslims. However, the federal home minister has rejected such allegations in parliament.