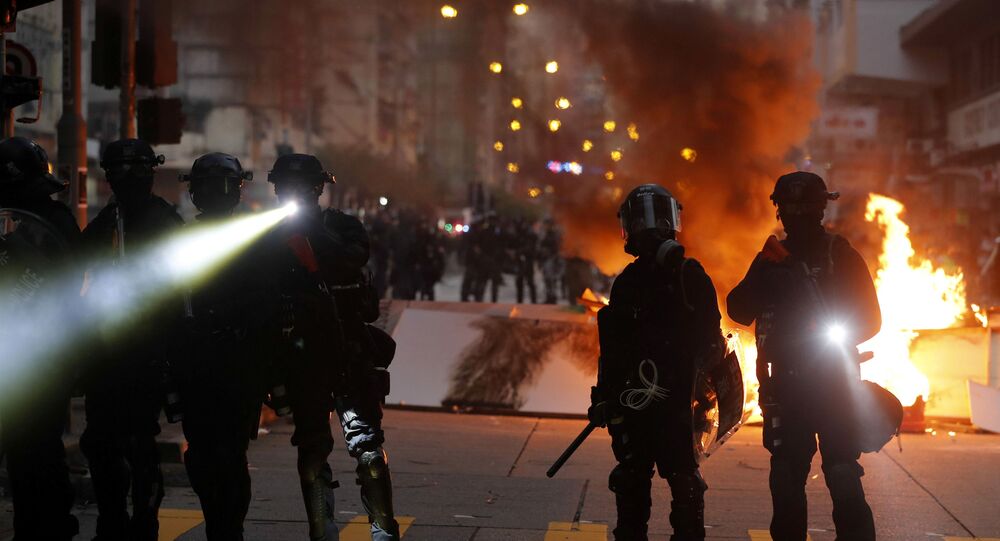 The appointment comes amid fierce clashes between protesters and police, which saw demonstrators hurling petrol bombs, bamboo poles and bricks, and shooting arrows at officers.

John Lee, secretary of security in Hong Kong, said that everyone trapped inside PolyU would be arrested for taking part in the rioting.

The protesters reportedly occupied PolyU last week, creating a temporary stronghold while hurling petrol bombs at police during a week that has seen the most intense violence in over eight months of anti-government rallies.

Massive peaceful protests began in Hong Kong in mid-March over a controversial extradition bill which was finally withdrawn in October.

Beijing has insisted that the Hong Kong protests are the result of foreign interference in China's domestic affairs, and have fully supported the actions of security forces and the local government.