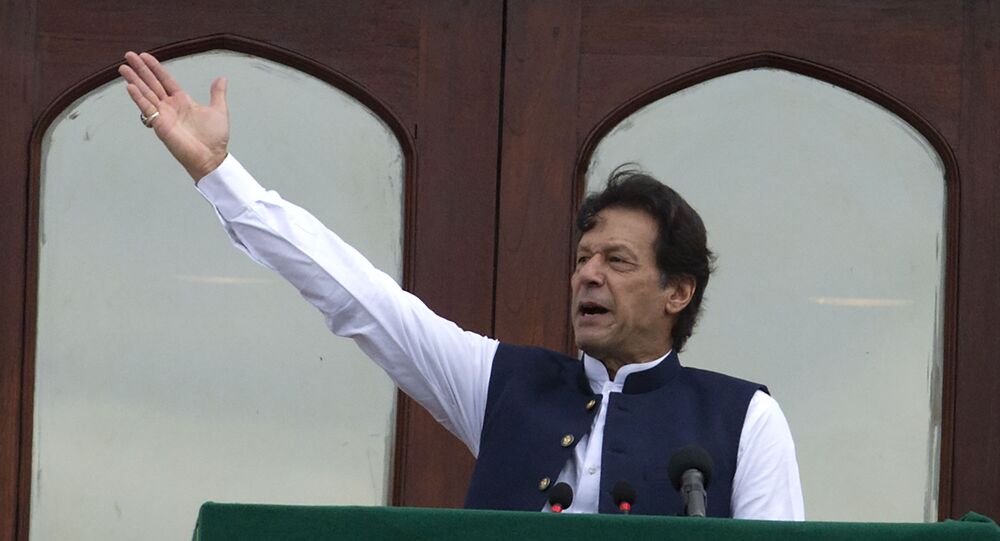 New Delhi (Sputnik) The move comes just days after India accused Pakistan of having 'terrorist DNA' during a UNESCO conference. The nuclear armed nations have been embroiled in a serious conflict since February when Pakistan-based terror group Jaish-e-Mohammed killed 42 Indian soldiers.

In a scathing attack on its western neighbour, Indian foreign minister S Jaishankar accused Pakistan of running a terrorist factory while blaming certain factions within Kashmir of supporting Islamabad.

"The country (Pakistan) openly runs a terrorist industry… He (Imran Khan) acknowledges that he has a terrorism problem," Jaishankar said in an interview to Spiegel Online which was published on Sunday.

While mentioning that Prime Minister “speaks openly about it”, Jaishankar referred to the statement made by Imran Khan earlier this year in which he admitted that around 40,000 militants linked to 40 different groups exist on his country’s soil.

"Until we came into power, the governments did not have the political will because when you talk about militant groups we still have about 30,000-40,000 armed people who have been trained and fought in some part of Afghanistan or Kashmir," the Pakistani Prime Minister said during a visit to Washington in July.

It is deplorable that to further RSS-BJP extremist ideological & nationalistic agenda, and to divert global attention from gory reality in IoJ&K, senior Indian officials continue to manufacture “facts” both with regard to issue of terrorism and situation in IoJ&K. (2/4)

He went on to say that India failed to supress "peaceful voices of the Kashmiri people" despite decades of New Delhi's "state-terrorism in IOJ&K."

​Earlier this week, Jaishankar expressed satisfaction over a 'change of narrative' over Pakistan in recent months. Jaishankar said that previously that India had allowed the narrative to focus mainly on dialogue, when the "real issue was stopping cross-border terrorism”. The minister noted that in the last five years, “global conversations on cross-border terrorism have become more serious.”

Pakistan’s economic affairs minister earlier indicated that the country may remain on the grey list of the global anti-terror funding watchdog Financial Action Task Force (FATF) beyond February 2020 due to stricter norms. “Some countries had been removed from the grey list after just 80 percent compliance while Pakistan may be required to do more,” the Minister for Economic Affairs Hammad Azhar said on 8 November. Pakistan has accused India of politicising the FATF and trying to get the country blacklisted by the body.

The nuclear armed nations have been embroiled in an escalating conflict since February when Pakistan-based Jaish-e-Mohammed killed over 42 Indian soldiers in a suicide attack in Kashmir.