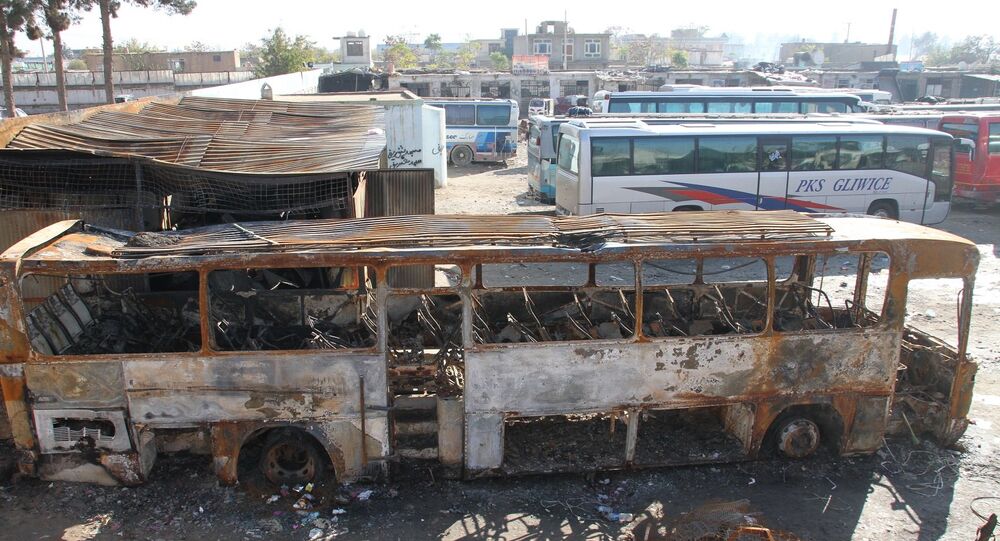 A new United Nations quarterly report found “unprecedented levels of violence” against civilians in Afghanistan as the US-led war begins its 18th year.

The quarterly report by the United Nations Assistance Mission in Afghanistan (UNAMA) published on Thursday raised the alarm about unprecedented civilian casualties in the country. The previous quarter saw a 42% increase in civilian casualties over the previous year, and July was the single most violent month since records began in 2009.

“For the sixth year in a row, UNAMA has recorded more than 8,000 civilian casualties in the first nine months of the year, underlining that Afghans have been exposed to extreme levels of violence for many years, despite the statements of parties to the conflict to prevent and mitigate harm to civilians,” the report states. “UNAMA urges parties to redouble their efforts to protect civilians from harm.”

Primarily at fault for the spike in civilian casualties was the Taliban, by itself responsible for 46% of civilian casualties. Daesh-Khorasan, a franchise of the Islamic State that recently set up shop in the Central Asian country and finds itself sharply at odds with the Taliban, was responsible for another 12%, and together, all pro-government forces, including US forces and the Afghan Armed Forces, accounted for 28% of casualties. Crossfire during firefights was credited with 9% of casualties, and 4% were due to “undetermined anti-government elements.”

That should come as no surprise: a September 30 strike report by US Air Forces Central Command found the US had run the most airstrikes in Afghanistan of any month since October 2010, with 1,043 bombs being dropped on targets. US Defense Secretary Mark Esper noted that, especially after peace talks with the Taliban broke down early in the month, the US “did pick up the pace considerably” of its air attacks on Taliban and Daesh targets. That report also noted that August saw more airstrikes than any month in 2019.

“The impact of Afghanistan’s conflict on civilians is appalling; every verified number is a person, someone’s relative – mother, father, daughter, son,” Fiona Frazer, UNAMA’s human rights chief, said in a Thursday press release accompanying the report. “The United Nations will continue its advocacy work with all parties to the conflict until Afghanistan reaches the only acceptable number of civilians killed and injured in the conflict: zero.”

The US-led war in Afghanistan entered its 18th year on October 7, having begun in 2001 when US forces invaded the country to overthrow the Taliban government for its role in facilitating al-Qaeda’s terror attacks in the US the previous month. The Taliban became an insurgent force, deriding the new pro-Washington government set up in Kabul as a US puppet.

According to the Costs of War Project at Brown University, by August 2016, more than 111,000 Afghans had been killed in the war since 2001, including civilians, soldiers and militants, but the group cautions that total deaths due to indirect causes of the war might reach as high as 360,000. A more recent but constrained estimate by the UN found that roughly 16,000 civilians have been killed in the war since 2009.

At Least 30 Civilians Dead in US Strikes on Afghan Meth Labs, UN Says