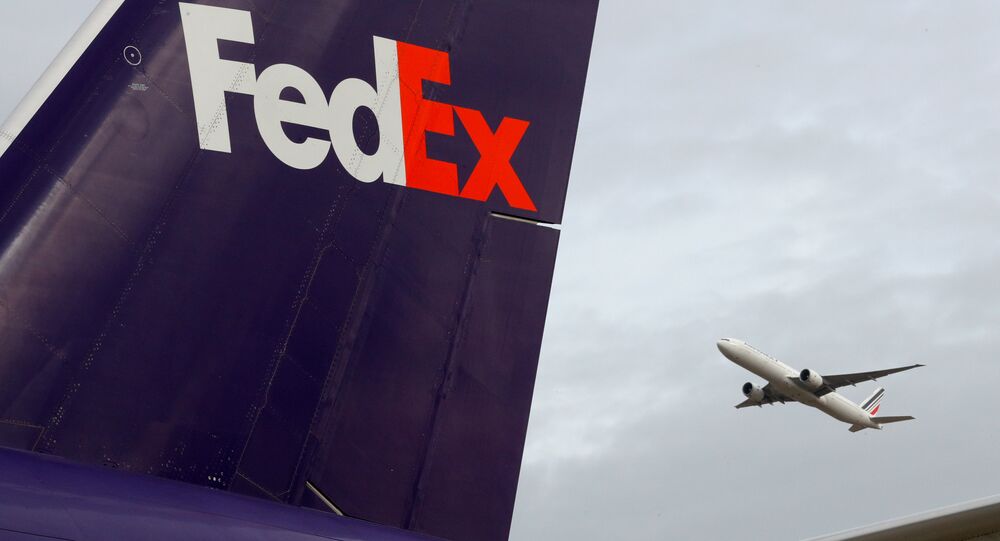 The Ministry of Foreign Affairs of the People's Republic of China on Friday confirmed that Chinese law enforcement officials arrested an American pilot employed by US courier company FedEx last week.

The pilot, who was first identified as former US Air Force Col. Todd A. Hohn by the Wall Street Journal, was detained by customs officials on September 12 at the Guangzhou Baiyun International Airport after officials found a box of 681 airsoft gun pellets in his luggage.

Reports note that Chinese officials claim Hohn was attempting to illegally transport the ammunition, which is made from non-metallic materials. The pellets can be fired from low-pressure airguns.

According to the Journal, Hohn was detained while in an executive lounge waiting for a Cathay Dragon flight to his home in Hong Kong. He had initially arrived in mainland China on September 11 after flying deliveries from the FedEx regional hub in Guangzhou.

Hohn has since been released on bail; however, per Chinese law, he is unable to leave mainland China until the investigation concludes. The South China Morning Post reports that Chinese officials are within their rights to both confiscate Hohn’s passport and limit his activities and communications while he’s on bail.

Sources familiar with the matter told the Journal that Hohn had cleared security with the pellets in his luggage and an exit screening at a Guangzhou FedEx facility prior to his detainment.

In a statement obtained by the Post, FedEx confirmed that one of its pilots had been detained and subsequently released on bail after an item detected in his luggage caught the attention of customs officials.

“We are working with the appropriate authorities to gain a better understanding of the facts,” the courier company noted in its statement.

The latest development comes as China launched an investigation into the courier company over the alleged illegal shipping of “controlled knives to be sent to Hong Kong,” according to the Post. This is in addition to FedEx being accused by Chinese authorities of allowing a firearm to be shipped from the US to China and of shipping packages meant for Huawei in China to the US.