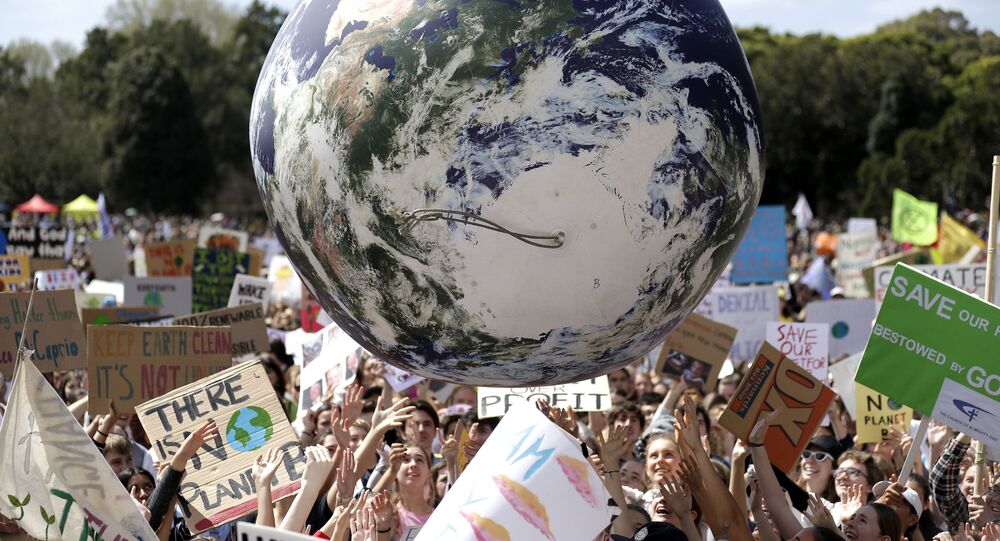 "Incredible pictures as Australia’s gathering for the #climatestrike. This is the huge crowd building up in Sydney. Australia is setting the standard! Its bedtime in New York...so please share as many pictures as you can as the strikes move across Asia to Europe and Africa!" Thunberg wrote on Twitter, commenting on countless incoming photos and videos from Australia posted on social media.

Melbourne saw the biggest turnout as over 100,000 people gathered in protest, as reported by the Sydney Morning Herald newspaper. Meanwhile, in Sidney, around 80,000 students and parents reportedly took to the streets, despite the authorities' orders to continue with their studies.

Hollywood star and Australian actor Chris Hemsworth who was announced the global ambassador for Tourism Australia's new campaign in 2016, has also participated in the protests with his wife Elsa Pataky and their children.

Thousands gather for #climatestrike in Sydney, as Australian prime minister who brandished a lump of coal in parliament dines with a US president who took America out of the Paris climate change accord @kymtje pic.twitter.com/wmxw6vvRXd

​The Global Climate Strike's organisers said that Friday's turnout totalled 300,000 Australians, making it the biggest nationwide demonstration since half a million people protested in 2003 against the war in Iraq, according to the media outlet.

​Many famous people and high-ranking officials throughout the world have also joined the initiative.

​The strike comes ahead of UN Climate Action Summit 2019, which will start in New York on 23 September.

The strike comes after children from Fridays For Future movement walked out of schools in May to demand action against global warming, asking adults to join them the next time.

Fridays For Future started in 2018 following the call by Thunberg, who protested against the lack of climate action in front of the Swedish parliament every day for three weeks during school hours.