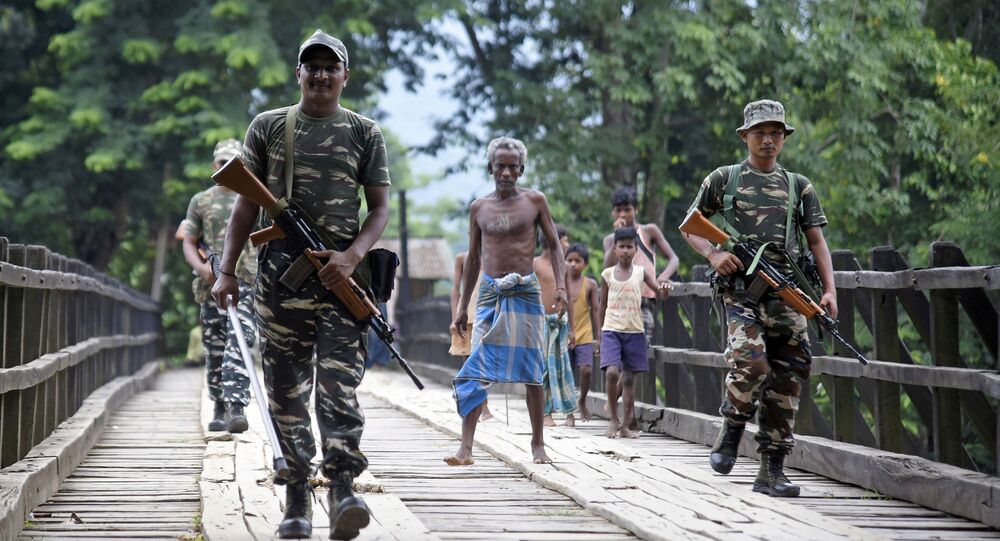 New Delhi (Sputnik): India’s first campaign to identify genuine citizens in the northeastern state of Assam, which has seen a tide of illegal migration from Bangladesh, has published a final headcount. The process of updating the National Register of Citizens (NRC) in Assam started in 2013 with a Supreme Court of India mandate.

In a final list of Indian citizens which was made public on Saturday, more than 1.9 million Assam residents have not been included. A total of 3.3 million people had applied for the NRC, of which 31 million made it into the final list.

"Those not satisfied with outcome can file an appeal before Foreigners' Tribunals," Prateek Hajela, state coordinator of NRC said in a press statement.

NRC officials said that the entire process has been meticulously carried out in an objective and transparent manner. "An adequate opportunity to be heard has been given to all persons at every stage of the process. Due procedure followed at every stage," the statement added.

For those excluded, the Indian home ministry has promised legal aid. The people who could not make it into the final list will have 120 days to file an appeal, however it will likely be a long legal battle for those left out.

The ruling Bharatiya Janata Party has raised questions about the final list, saying many in areas bordering Bangladesh have been incorrectly included while those in the interior of Assam have been left out.

Meanwhile, security has been tightened across the state in order to control any disruption of authority.

"I appeal to all of you to maintain peace and tranquility in Assam. As long as appeal is there, no one will be treated as Foreigner. State government @CMOAssam will extend legal support.": @sarbanandsonwal @HMOIndia #OurNRCFairNRC pic.twitter.com/Ix6abyaY3b

The Indian government launched a citizen identification process in Assam in 2017, fearing millions of Bangladeshis had illegally entered Indian territory after Bangladesh was created in 1971.

The Indian government is determined to implement a similar process across the country, to identify and deport illegal migrants. Amit Shah, former president of the ruling Bharatiya Janata Party and currently India's Home Minister, spoke out on the issue using deprecatory language to characterise migrants.