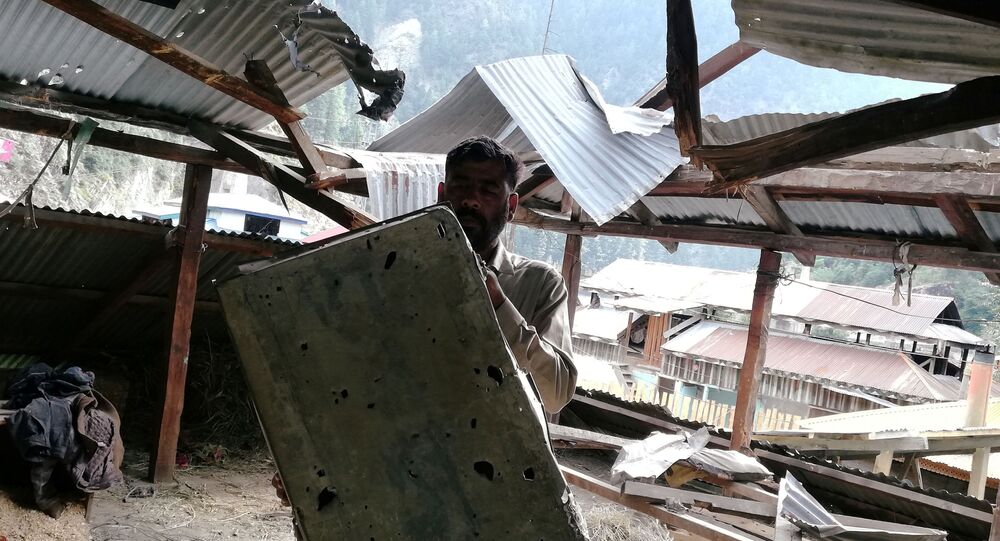 Indian-Pakistani relations have escalated since the Indian government announced a decision to strip Jammu and Kashmir of its special status, which had granted the state a certain degree of autonomy for several decades.

Indian Army troops have resorted to unprovoked firing in the Nekrun Sector along the Line of Control (LoC), intentionally targeting the civilian population, a Pakistani Military spokesperson stated. The firing reportedly took place in Athmuqam, the district headquarters of Neelum Valley, located some 84 kilometres northeast of Muzaffarabad. The local media reported that three houses had been burned down and three mosques partially damaged in the attack in the Nekrun Sector along the LoC.

According to the Pakistani military, Abdul Jalil, 45, and 3-year-old girl Nausheen died in the attack. Three more people were reportedly injured while three houses were burnt. The military reported that all the injured people have been taken to hospital.

However, the Indian Army claimed that Pakistan had started the firing.

Tensions between the two countries increased earlier in August when the Indian government announced its decision to strip the state of Jammu and Kashmir of its special status and split it into two union territories, prompting an outraged reaction from Islamabad with whom India has had strained relations over the Kashmir region for decades.

Before that, India accused Pakistan of supporting terrorists and having a "direct hand" in a deadly attack on the Indian paramilitary police force in the state of Jammu and Kashmir. Pakistan has rejected the claims. The conflict escalated when the Pakistani military downed two Indian warplanes in the disputed Kashmir region in February, reportedly reacting to an earlier airstrike by Indian aircraft against what New Delhi claimed was a Jaish-e-Mohammad camp.

India and Pakistan have contested the Kashmir region — the southern part of which lies in India's Jammu and Kashmir — since the end of British rule in 1947. Despite a ceasefire reached in 2003 after several armed conflicts, instability in the region continued, leading to the emergence of various extremist groups.

At Least One Person Killed After Pakistan and India Exchange Heavy Firing, Shelling across LoC