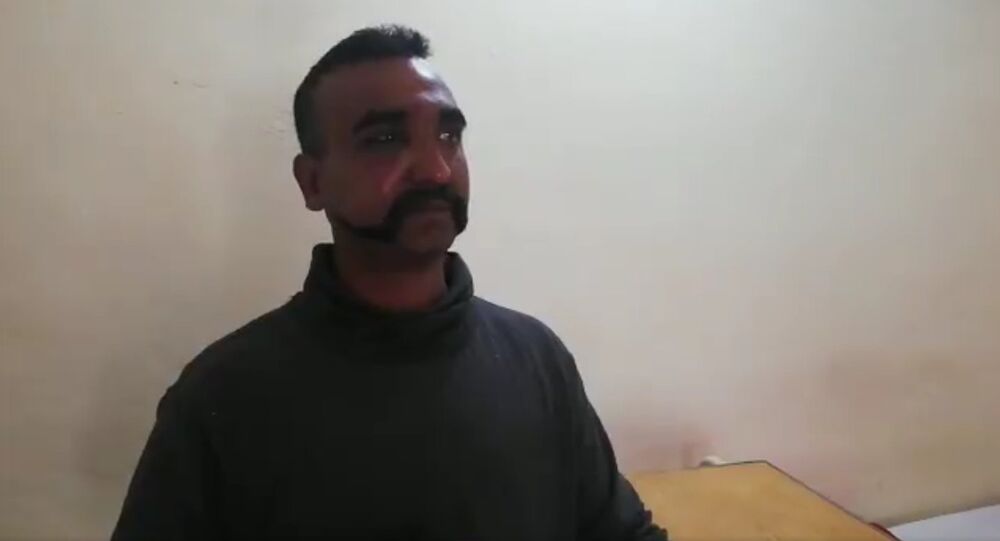 New Delhi (Sputnik): An Indian government official has revealed that better anti-jamming technology could have prevented Indian Air Force (IAF) pilot Abhinandan Varthaman from being shot down and captured by Pakistan in February this year.

IAF Wing Commander Abhinandan Varthaman, who is to receive India’s third-highest military honour the “Vir Chakra” for shooting down a Pakistan Air Force (PAF) F-16 aircraft on 27 February, would not have been captured if his MiG Bison 21 supersonic aircraft had been equipped with the latest communication system, Indian daily the Hindustan Times quoted a government official as saying on Wednesday, requesting anonymity.

The official revealed if the aircraft had state-of-the-art anti-jamming technology, Wing Commander Abhinandan would have heard War Room instructions to turn back.

His inability to hear instructions because PAF aircraft had jammed his communication systems during a dogfight over the Line of Control (LoC) that separates India and Pakistan, led to him getting captured.

“We may not have lost Wing Commander Varthaman had drawbacks not been there,” the official said.

According to the daily, the IAF had flagged the need for better, more secure communication systems as far back as 2005. The IAF maintains communications cannot be intercepted or blocked if appropriately secured. It also says that aircraft commanders are trained to know when to engage and disengage in combat with the help of quality communication systems.

IAF aircraft were successful in chasing them across the LoC. During the dogfight, IAF pilots had been instructed to “turn-cold” –meaning to abandon chase of enemy aircraft in aviation parlance.

Wing Commander Abhinandan, however, continued chasing the Pakistani fighter. He shot down a US-made F-16 before being shot down and taken prisoner.

He was released after 60 hours of detention in Pakistan. The 27 February dogfight followed a buildup from the 14 February Pulwama terror attack allegedly carried out by Pakistan-based JeM in which more than 40 Indian soldiers had died.