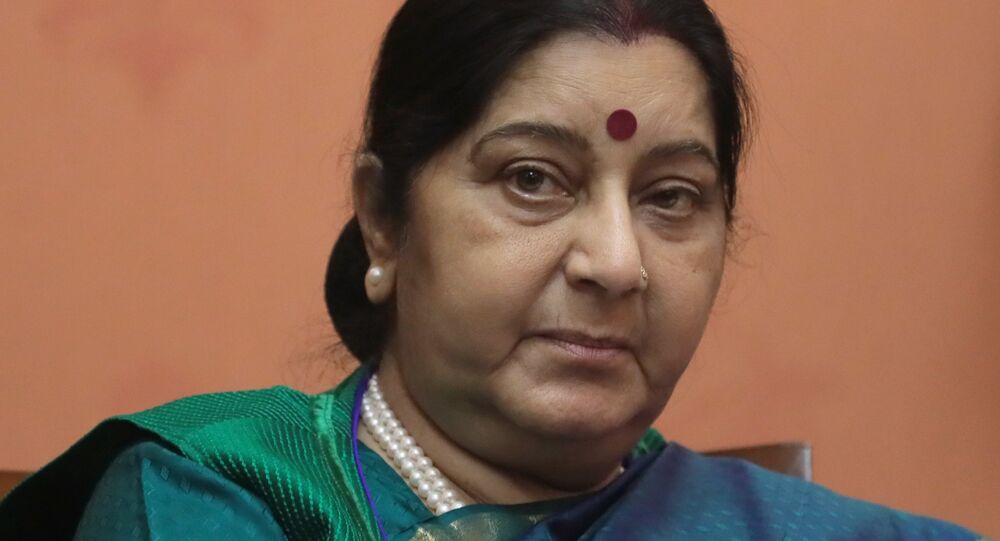 A prominent face for women in politics in India, Sushma Swaraj held positions within the highest echelons of political life from being the youngest state minister for Haryana, to serving as foreign minister from 2014 until May 2019.

Sushma Swaraj, the former minister of external affairs and veteran of the Bharatiya Janata Party (BJP) leadership has died at 67, according to Delhi's All India Institute of Medical Sciences (AIIMS) on Tuesday.

She was quickly rushed to hospital by her family after falling ill. The incident was reported by Asian News International (ANI) in a tweet on Tuesday evening.

A number of party colleagues and ministers, including Nitin Gadkari, Dr Harshvardhan, Rajnath Singh and Smriti Irani arrived at the hospital to visit and pay respects following her passing.

Worrying signs began in the 2019 Indian elections, where the 67-year-old did not contest the Lok Sabha election in and did not join Prime Minister Modi's new government. Despite this, the party still won a significant majority in the election.

There was outpouring of condolences for the former leader online, describing her as a prominent representative of women in Indian politics.

The news of her death comes just a few hours after Ms Swaraj sent out a tweet congratulating Prime Minister Narendra Modi on the passing of the Jammu and Kashmir Reorganisation bill in parliament.

"Thank you Prime Minister. Thank you very much. I was waiting to see this day in my lifetime," her tweet read.

The bill has been widely contested by Pakistan, as Kashmir is considered a disputed territory and the new law splits the state into two separate 'Union Territories' and abolishes the status of 'permanent resident'.

Following her achievement in the legal field at the Indian Supreme Court, she held numerous posts within Indian politics

A seven-time parliamentarian, when she was 25, Sushma Swaraj became the youngest minister of any state when she was elected in Haryana in 1977.

She also served as the chief minister of Delhi as well as well as Health and Family Welfare Minister in Atal Behari Vajpayee government.

She became the second women to hold the office of foreign minister since Indira Gandhi when she was appointed in 2014.