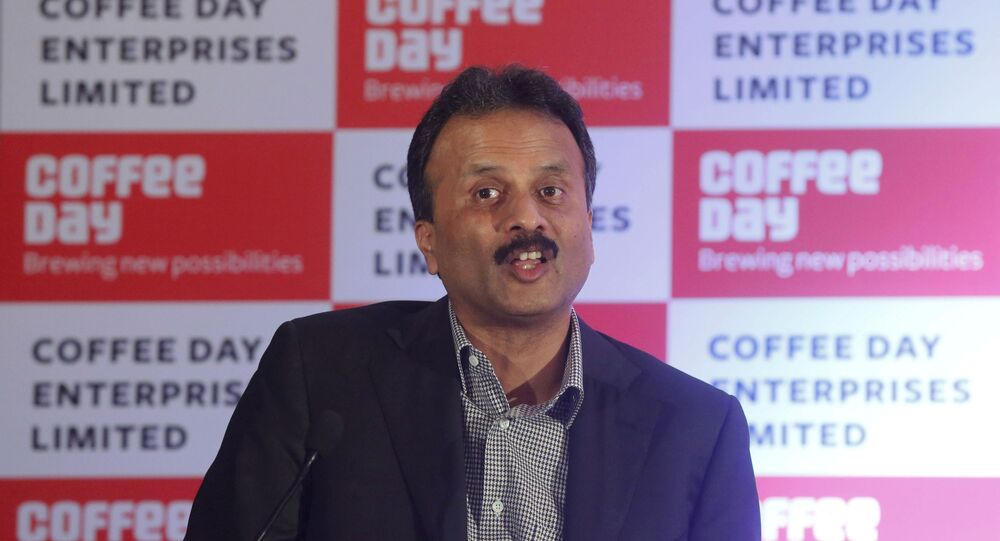 New Delhi (Sputnik): Police in India’s southern state of Karnataka have launched a massive search operation for the missing businessman, who is the founder of the popular coffee shop chain, Café Coffee Day and owner of one of the biggest coffee gardens in Asia.

V.G. Siddhartha, known as “Coffee King” and son-in-law of former External Affairs Minister S.M. Krishna has been missing since Monday 29 July. According to reports, he was last seen near Ullal Bridge over the Netravati River in the Mangalore district of the state.

Police have launched a massive combing of the area near the bridge and requested divers to investigate the possibility of him jumping into the river to commit suicide. Because of it's proximity to the Arabian sea, the waters in this part of the river flow very rapidly, and the police have also sought the assistance of the navy and coast guard, according to TV reports.​

​A letter written by Siddhartha to the board of directors of the company has surfaced. In it, he speaks of the tremendous financial strain that he has been under and his inability to cope with it any longer.

“I am sorry to let down all the people who put their trust in me. I fought for a long time, but today I gave up as I could not take any more pressure from one of the private equity partners forcing me to buy back shares, a transaction I had partially completed six months ago by borrowing a large sum of money from a friend. Tremendous pressure from other lenders led to me succumbing to the situation.”

Founder & owner, Cafe Coffee Day (CCD), #VGSiddhartha's letter to employees and board of directors of CCD, states, "Every financial transaction is my responsibility...the law should hold me & only me accountable."; He has gone missing from Mangaluru, search operation underway. pic.twitter.com/0GJc5vmvYt

Krishna, who was also the former Chief Minister of Karnataka, had switched sides from Congress to Bharatiya Janata Party (BJP) in March 2017.
BJP Parliamentarians from Karnataka met with the federal Home Minister Amit Shah and sought his assistance in the search operations for Siddhartha.

Café Coffee Day had the largest chain of coffee shops in India and has a presence in Australia, the Czech Republic and Malaysia, according to the website of the company and serves 1.8 billion cups of coffee annually.  A 2015 Forbes list pegged Siddhartha’s net worth at $1.2 billion.