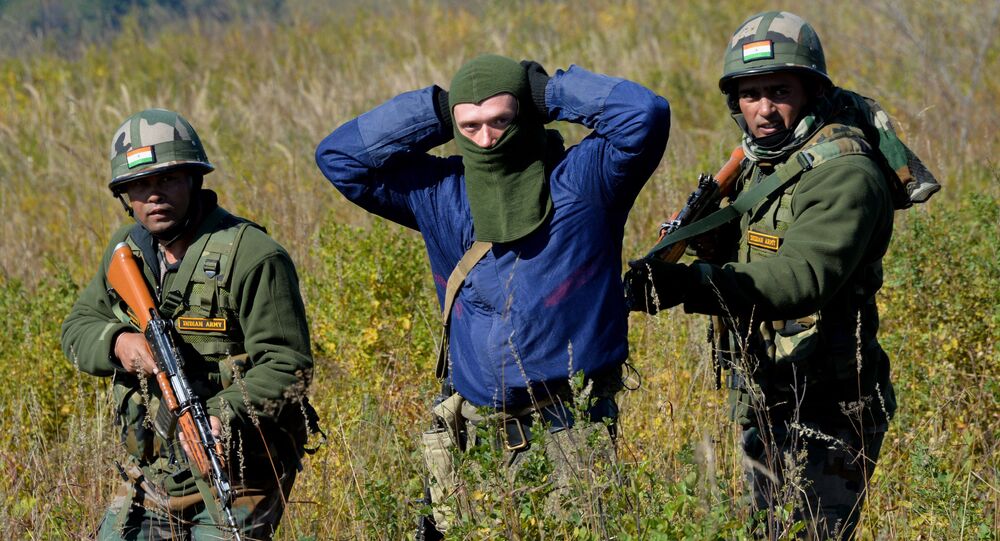 New Delhi (Sputnik): In a bid to strengthen its security forces and agencies, along the lines of China and Israel, to deal stringently with individuals suspected of being involved in terror-related or anti-national activities, the Indian parliament’s lower house cleared a bill in this regard.

Once cleared by the upper house of the parliament and given the president’s approval, the bill will empower the government to designate suspected individuals as terrorists.

The bill, which witnessed a lot of strong reactions and concerns among various parties in the opposition who called it “draconian”, was finally cleared with the help of the Narendra Modi-led government’s overwhelming majority in the lower house, the Lok Sabha.

Union Home Minister Amit Shah thwarted the opposition's charges in a long speech while defending the changes, saying these are the need of the hour, as several individuals in the past, who despite remaining under the security agencies’ radar for years, could not be taken into custody due to existing lacuna in Indian laws.

"Terrorism is in people's tendency, not in organisations. There's a need for a provision to declare an individual as a terrorist. The UN has a procedure for it, the US has it, even Pakistan has it, China, Israel, European Union... Everyone has done it", the minister stated.

Citing the example of the proscribed Indian Mujahideen’s Yasin Bhatkal, Shah said: "It would have been possible to track them down before he carried out 11 explosions, if they had been designated as terrorists”.

So far, the law has had provisions to ban groups, but not individuals. The changes in the law will enable the government to designate an individual as a terrorist "who nurtures, prepares and funds terrorists".

“Same for those who propagate literature and theory of terror to brainwash the youth… I believe terrorism is not born out of the barrel of the gun”, Shah added.

While demanding the withdrawal of the bill, several opposition leaders claimed that the changes could be misused against individuals and also have an impact on the federal structure of the country.

"If the Centre wants to target someone, they will get them somehow with the help of some law. Opposition leaders, minorities, right activists and others, if they disagree with the homogenous idea of India that this government is trying to thrust upon us, the opposition runs the risk of being labelled as anti-national", Trinamool Congress leader Mahua Moitra said, as the entire house listened with attention.