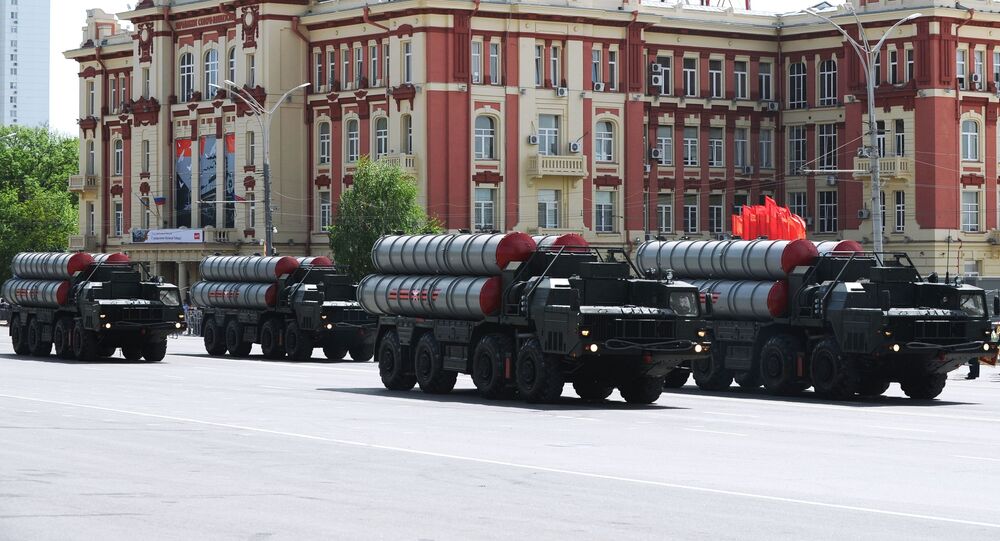 India and Russia signed a $5.43 billion S-400 contract in 2018, with deliveries expected to commence in late 2020. Delhi has moved forward with the defence deal despite US threats to sanction the country, with more than half of all Indian arms purchases signed with Russia.

The United States sees India’s intention to purchase the S-400 air defence system from Russia as a “bit of a problem,” but is working with the Indian military to try to convince them to change their minds, Admiral Philip Davidson, commander of US Indo-Pacific Command, has said.

“We like to see US defence equipment there, it helps drive tactics and doctrine together; that would advance our relationship with India greatly…Are there rifts in that? Certainly there’s the issue of S-400 out there…That’s a bit of a problem, we continue dialogue. I think they intend to do that,” Davidson said, speaking at the Aspen Security Forum in Colorado.

According to Davidson, the US side has tried to “clarify” to the Indians the “tactical and technical case that’s so important here, that like equipment drives together a sense of compatibility and interoperability that really can’t be beat.”

The problem, the commander said, was that India sees the S-400 as a “policy issue” associated with its proud status as a non-aligned nation. “So we’ve got a bit of a ways to go there. I tell people all the time, we are on a ten thousand step journey with India, and we’re on step ten or nine. This is what alliances are built on, and you just have to get to ten, eleven, and twelve and keep working forward,” he noted.

Russia, China Pose Threat to US Dominance in the Pacific

Along with the S-400 issue, Davidson said his command has had to deal with problems associated with the growing capabilities of Russia and especially China in the Indo-Pacific, warning that China may surpass US power in the region in as little as two years’ time.

“When I pulled out the [information on the] operational level and all of my problems within the military, we’re seeing essentially China surpass the capability that Indo Pacific Command commands and patrols…in the next couple of years. And that capability in terms of just what we see – air, maritime, land, space, cyber, we run the risk, if we don’t take proactive action, that China will indeed surpass our capabilities by the middle of this next decade,” he said.

© AP Photo / Li Gang/Xinhua
In this April 12, 2018 photo released by Xinhua News Agency, the Liaoning aircraft carrier is accompanied by navy frigates and submarines conducting an exercises in the South China Sea

Russia poses its own “maritime threat” to the US, according to Davidson, including an “existential threat” in the form of its nuclear submarines, as well as new frigates expected to become operational in the next few years.

But the biggest problem, the US commander said, was Russia and China’s growing strategic cooperation in the region. “I think that is not an outcome we want – an aligned China and Russia opposing the international order that’s espousing a free and open Indo Pacific and indeed the whole of the global order’s concerns,” Davidson said.

Russia and India inked a $5.43 billion national currency-denominated deal for the delivery of S-400s to India in 2018. The US has threatened to sanction Delhi over the arms deal using a 2017 law allowing Washington to punish countries purchasing Russian weapons. Earlier this month, Indian Foreign Minister V. Muraleedharan said that Delhi has “clearly conveyed” to Washington its intention to purchase S-400s from Russia.

Moscow and Delhi are major defence partners, with some 58 percent of Indian arms imports between 2014 and 2018 sourced in Russia. Along with the purchase of Russian-made equipment, India has successfully negotiated multiple major deals with Moscow to build some of these defence systems in India itself under Prime Minister Narendra Modi’s ‘Make in India’ scheme.