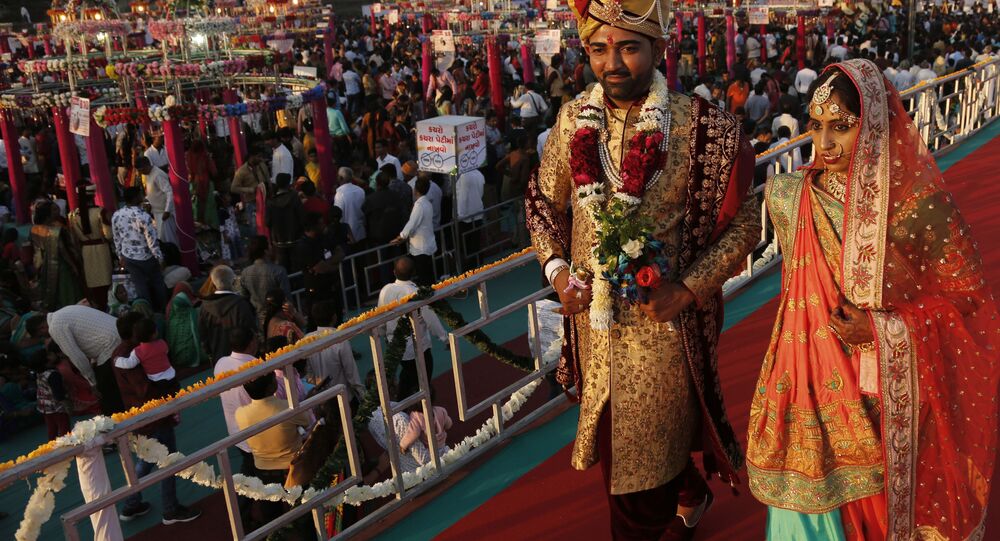 New Delhi (Sputnik): The government of the national capital of New Delhi is planning to impose restrictions on lavish weddings. The restrictions could be on the number of guests, food wastage, pompous celebrations, environmental, and noise pollution.

The decision is based on a report prepared by a panel of officials of the Delhi Government after the Supreme Court of India was ticked off about the wasting of tonnes of foods at such weddings.

The top court, while hearing a petition on the reported starvation deaths of three girls in the national capital, wanted to know the views of Delhi Government on food wastage at weddings, restaurants, and hotels.

A four-member panel set up by the Delhi Government drafted a policy, which is now under the consideration of the government. The policy entails several restrictions, like the number of guests based on the capacity of the venue, use of horse-carriages and bands, ban on firearms, compliance of pollution norms for diesel power generating sets, mandatory distribution of surplus food to the underprivileged though voluntary organisations.

The report also recommended heavy penalties for operators of wedding venues and also on organisers and caterers. There are around 300 marriage halls in Delhi, but during the peak wedding season 30,000 to 50,000 weddings take place every day, most of which are held in parks and other public spaces.

The wedding services market in India is worth $54 billion, according to a market survey carried out by Matrimony.Com, a web network of matchmaking services. The survey indicates that 10 to 12 million marriages take place in India every year. The survey revealed that the money spent on each marriage is a minimum of Rs. 10-20 lakhs (approximately $14,600-$29,000).

A recent wedding ceremony of India’s richest corporate honcho Mukesh Ambani’s daughter was estimated to have cost $100 million. The former first-lady of the US Hillary Clinton and business tycoon Henry Travis were among the guests and over 1,000 limousines were deployed to chauffeur the guests around.