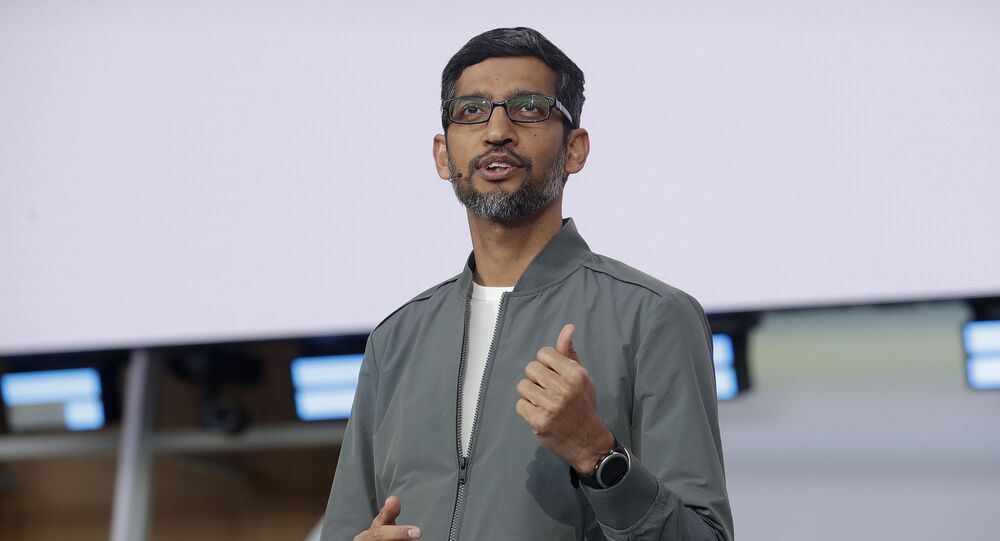 A known fan of Tendulkar and Indian cricket, the Google chief earlier said he hoped for an India versus England final match in the ongoing Cricket World Cup 2019.

With celebrities across various spheres enjoying the World Cup action, the Indian Cricket Board (BCCI) on Sunday, posted a picture of the two icons enjoying the encounter between India and England at the Edgbaston cricket ground.

Google CEO @sundarpichai along with the Master Blaster @sachin_rt at the game today 🤝🤝 pic.twitter.com/jKZKFgelUF

While Indian cricket fans were surely disappointed by India succumbing to England, they cheered for the picture showing ‘two apples of India's eyes’ posing together. Netizens also took pride in the fact that Pichai, now a US citizen, is still feeling Indian at heart and connects with his Indian roots despite two decades living in the US. Pichai was born in the Indian city of Chennai, in the state of Tamil Nadu and joined Google as its vice-president of product management in 2004. He is an alumnus of the prestigious Indian Institute of Technology where he completed his degree in metallurgical engineering.

Look at @sunderpichai, how is he standing (body language that only an #Indian can understand). Respect for elders. I just love him, because he's so down to earth. Regards 🙏

Sundar Pichai , CEO Google with Sachin Tendulkar at Edgbaston today . Both are examples of what can be achieved by people from humble backgrounds with talent , hard work , desire and humility https://t.co/AkzjTprjFJ

Look at the attire of famous company @Google CEO @sundarpichai .. Soo simple. Looks like he is not even bothered abt it. Life is all abt how determined we are in our work, rather than showing off.

While both icons are appreciated for their simplicity despite their high stature in respective fields, one user joked that Pichai was redirected to the location as he was searching for the “god of cricket”, referring to the immense culture of hero-worship on the part of Indians in regards to Tendulkar.

When you ask “Ok Google, Who’s God ?” ...
Google sends out its CEO to answer it himself. pic.twitter.com/JTbNuMmHO5