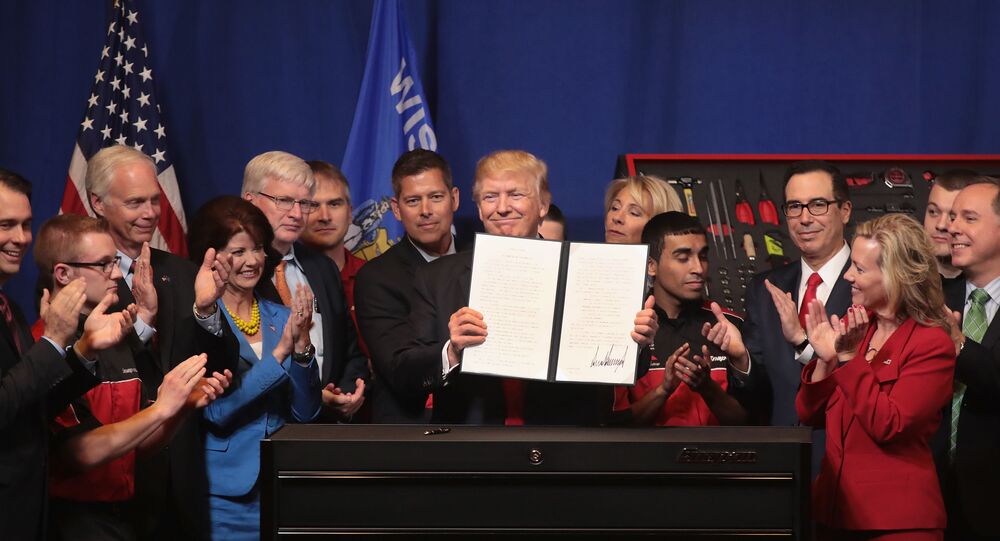 Amid escalating trade tensions, the US has reportedly warned India it's considering caps on H-1B Visas for Indian expats to deter “data localisation” rules. The new US proposal reportedly stipulates that any country that does data localisation would have its H-1B visas limited to about 15% of their existing quota.

New Delhi (Sputnik): Ahead of a visit by US Secretary of State Mike Pompeo to New Delhi, the United States has reportedly warned India it will consider capping quotas for the widely popular H-1B work visas on nations pressuring American firms to store data locally in their territories.

The H-1B visa programme allows skilled foreign workers to come to the United States every year.

Two senior Indian officials on Wednesday said they were briefed last week on a US government plan to cap the numbers of H-1B visas, issued each year to Indians to between 10% and 15% of current annual quotas
Reuters reported.

"The proposal is that any country that does data localisation, then it (H-1B visas) would be limited to about 15% of the quota. It's being discussed internally in the U.S. government," the source said.

With governments all over the world declaring stricter data storage rules for better access to data in their jurisdictions, India also mandated that foreign firms store their payment data “only in India” last year.

Earlier, US President Donald Trump expressed his displeasure over US companies such as Mastercard and Visa allegedly suffering due to the data localisation regulations requirements in several countries.

There is no current country-specific limit on the 85,000 H-1B work visas granted each year, and an estimated 70% go to Indians.

The recent development is expected to affect India’s over $150 billion IT sector, including behemoths like Tata Consultancy Services and Infosys Ltd. Numerous US Silicon Valley tech companies are able to hire Indian workers on the basis of these visas.

The reported move by the US comes just days after India’s retaliatory tariffs on 28 US products came into effect on16 June. The imposition of tariffs that escalated the Indo-US trade tensions is seen as a response to US refusal to exempt India from higher taxes on steel and aluminium imports.

Amid the tensions, US Secretary of State Pompeo will be visiting India on 24 June as part of his South Asia tour which also includes Sri Lanka ahead of the G-20 summit in Osaka, Japan.