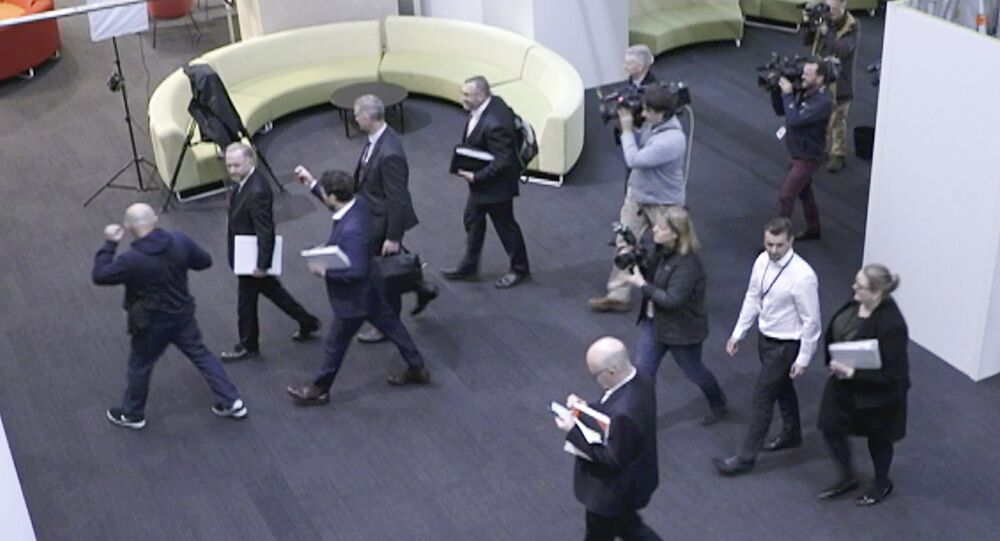 MOSCOW (Sputnik) - Australian police raided on Wednesday the Sydney headquarters of the ABC public broadcaster in connection with 2017 articles about the country’s alleged war crimes in Afghanistan.

"The Australian Federal Police (AFP) has executed a search warrant on the Ultimo premises of the ABC today… in relation to allegations of publishing classified material," an AFP statement read.

ABC's head of investigative journalism, John Lyons, said in a series of tweets that the AFP’s digital forensics experts had accessed the broadcaster’s computers and were going through 9,214 files in the search of drafts and other documents relating to the Afghan files.

"In summary, the AFP want anything that at any point may have been involved in this story. This is, in my view, a chilling development for the Australian public. This is not just about the media, this is about the public’s right to know," Lyons said.

© AFP 2021 / WILLIAM WEST
Australia Investigates Alleged Army War Crimes in Afghanistan
ABC managing director David Anderson said in a statement published by the broadcaster that it stood by the journalists, voting that ABC "will protect its sources and continue to report without fear or favour on national security and intelligence issues."

The police said no arrests were planned and agreed on what Lyons called a two-week "hiatus" with the ABC, during which the warrant and any seized documents could be challenged in court.

The raid comes a day after police searched the Canberra home of another Australian journalist, Annika Smethurst, over the alleged publication of classified information. The police have stressed that the two incidents are not related.

Australia 'Open' to US Request for More Troops in Afghanistan