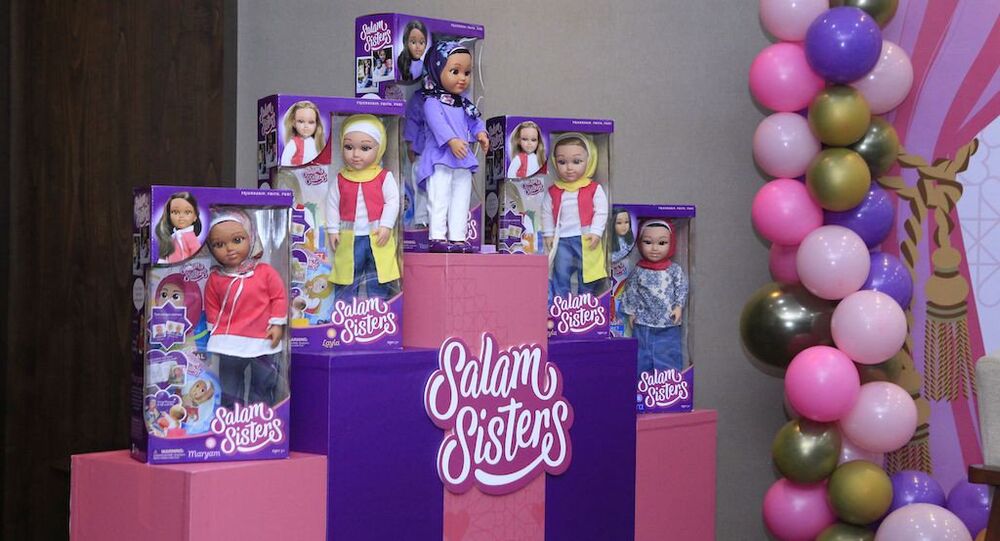 The dolls are expected to “encourage children to live their passion” and “embrace differences” between various ethnic backgrounds, according to a representative of a toy store that sells them.

A new series of "Muslim dolls" which are expected to “inspire children, especially girls, to have the courage to pursue their dreams”, has recently been introduced to the inventory of toy store chain Toys Kingdom in Indonesia, The Jakarta Post reports.

© Photo : Ruptly
Turkish Museum Displays Eerie Doll with Jewish Holocaust Victim's Hair
According to the newspaper, the collection is comprised of five characters, each with its own unique backstory, and is expected to be available in all of the chain’s outlets in the country.

The dolls, called "Salam Sisters" and "dressed in modest wear and hijabs", were designed by a company called Zileej, which is headquartered in Toronto, with offices in Dubai and Sydney.

"The dolls are to inspire confidence and encourage children to live their passion, as well as help them to know the concept of wearing hijab in a fun way", Toys Kingdom merchandising and operational director Bart Nureka said. "They also represent different facial features and skin color from various ethnic backgrounds, so that children can embrace differences and refrain from bullying".

US Continues to Fuel Yemen War; Why Toys "R" Us Failed