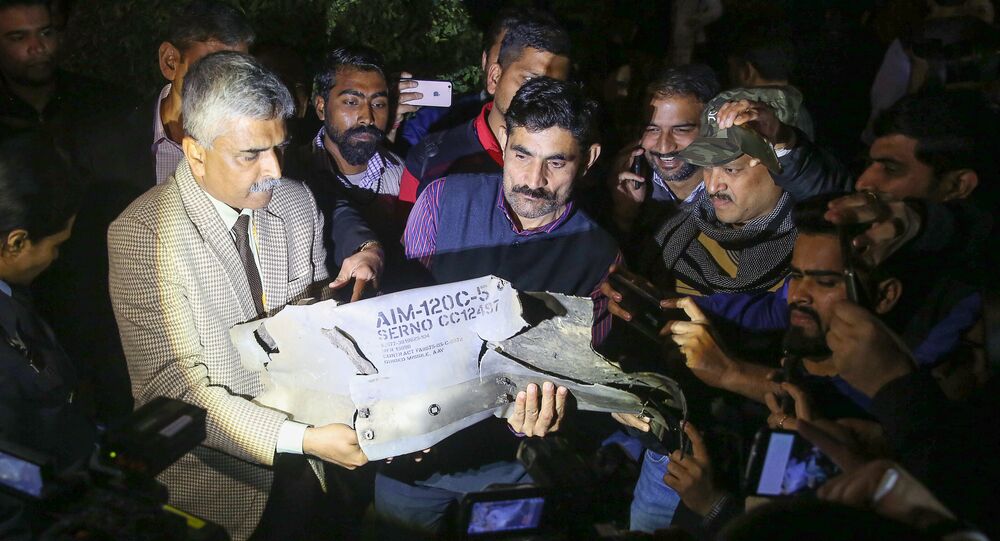 This comes amid ongoing tensions between New Delhi and Islamabad, which escalated after the 14 February Pulwama terrorist attack which killed at least 40 Indian security personnel. The attack, which a Pakistan-based terror outfit claimed responsibility for, was followed by a 26 February Indian airstrike on an alleged terrorist site in Pakistan.

The Pakistan Air Force (PAF) remains concerned over the safety of its F-16 fighter jets despite the fact that two and a half months have passed since an Indian Air Force (IAF) counter-terror strike in Pakistan's Balakot region, the Indian newspaper Economic Times cited government sources as saying.

The sources claimed that after the F-16s were deployed from their home bases in Punjab province, they were sent to satellite fields in a scattered manner in order to avoid major losses in new possible strikes from India.

READ MORE: India Promises ‘Firm Response to Any Provocation’ by Pakistan in Kashmir

The PAF also “has been at forward locations all along the Line of Control and the International Border after the Balakot strikes and its failure to counter India”, the sources added.

The developments come against the backdrop of simmering Islamabad-New Delhi tensions, which exacerbated on 14 February when at least 40 Indian security personnel were killed in a terrorist attack in Pulwama, India.

Jaish-e-Mohammed (JeM), a Pakistan-based terrorist group, claimed responsibility for the attack and the Indian government accused Islamabad of harbouring and sponsoring the Islamist terrorist outfit, a charge which Pakistan has denied.

A pilot who ejected was released a few days later in what Islamabad called a “peace gesture”. India, however, has confirmed the loss of only one of its warplanes, claiming that its downed MiG-21 Bison jet was struck after it had shot down a Pakistani F-16 during aerial combat.

Pakistan denies losing any of its fighter jets,  emphasising that “despite claiming possession of evidence it shot down the F-16, the IAF are still short of presenting it".