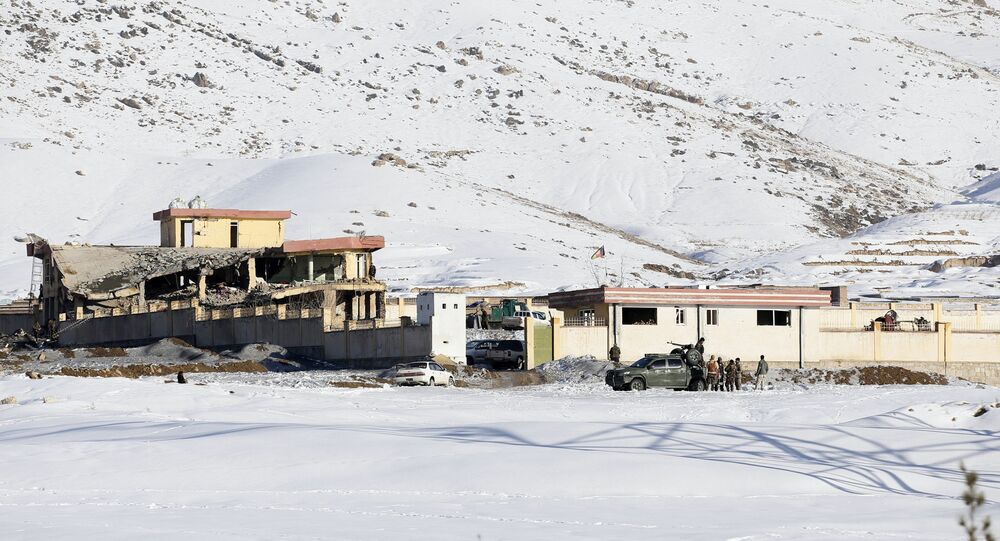 The Afghan Army is set to begin pulling back from its most isolated strongholds in an effort to consolidate its forces and minimize losses amid a growing Taliban resurgence.

On Friday, Taliban militants in northwestern Afghanistan overran a group of Afghan Army outposts, killing over a dozen soldiers, the New York Times reported. It's just the latest attack in a surge by the militant group, with which the Afghan Army's far-flung outposts are unable to cope.

© Photo : Sgt. Lucas Hopkins (US Marine Corps handout)
US Must Keep Troops in Afghanistan as 'Long as Insurgency Continues' - General

Afghan security forces have lost more than 40,000 troops since 2014, a rate of attrition US officials have long warned is unsustainable.

That's why the Afghan Defense Ministry is starting to pull its troops back into larger bases along key routes that can better defend against Taliban attacks. Under this new plan, outposts that might have as few as four soldiers manning them will be abandoned and their troops consolidated into forts with at least 40 soldiers, Stars and Stripes reported.

"If there is Taliban territory and people are against the government, we will not want to make checkpoints there, because it may be risky," Afghan Army Brig. Gen. Abdul Raziq Safi told Stars and Stripes.

"Many of these checkpoints are tactically unsound and present opportunities for the enemy," an Afghan Defense Ministry report from December 2018 noted. "The overwhelming majority of successful Taliban attacks against [security forces] continue to occur at poorly manned checkpoints."

However, it's difficult to gauge just how much of the country the Taliban really controls: the US-commanded Resolute Support mission has ended its practice of reporting that data to SIGAR, the special inspector general who oversees reconstruction of the country.

The last report given by Resolute Support, in October 2018, gave the unfavorable number of 53.8% of Afghan districts controlled by the central government in Kabul, Sputnik reported. US commanders have set the goal of 80% as the "critical mass necessary" to ensure victory over the Taliban.

Author and journalist Daniel Lazare told Sputnik Monday that the situation in Afghanistan, where the US has been engaged in war against the Taliban and other militant groups for almost 18 years, is "pointing downwards."

"Military enrollments are down, casualties are up, the government controls less and less territory, and desertions are on the upswing," Lazare said. "Elections are fraudulent; well-connected politicians and military commanders siphon off economic aid, while there is little question that government in general is corrupt, fractured, and incompetent."

Lazare said US goals in the war have been "vague and contradictory from the outset."

"Washington wanted the Taliban out, but had no idea who it wanted in, whether it was secularists, more moderate Islamists, or brutal warlords whose one saving grace is that they were willing to do Washington's bidding," Lazare noted. "The only result has been to make the Taliban look good by comparison."

Lazare noted that Taliban recruitment has tripled or even quadrupled over the last four years, by some measures, while the Afghan armed forces have seen declining recruitment numbers. A US pilot training program had to be ended recently because 40% of its students had gone AWOL, Sputnik reported.

"The news that the Afghan military is now trying to consolidate its forces is understandable. It's what any military would do when it finds itself stretched thin in the face of an enemy that is growing in strength. Then next step will be to withdraw into strategic hamlets, then fortified urban centers, and then Kabul itself. Once they become prey to Taliban suicide bombers, there will then be no option other than to gather on the roof of the US Embassy and wait for helicopters to whisk them to a safe haven, presuming one can be found," Lazare said.