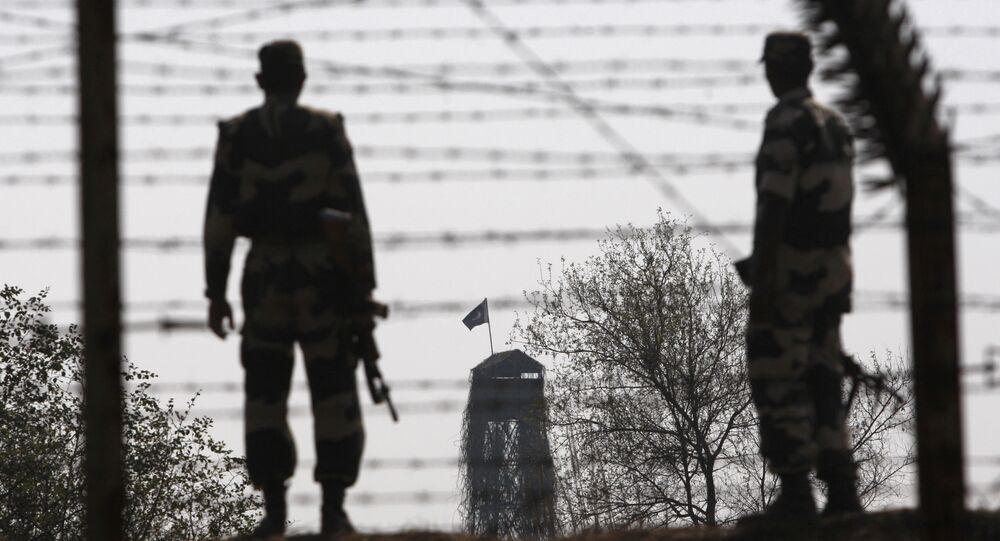 New Delhi (Sputnik): A day after Pakistan's military issued a warning to the Pashtun Tahafuz Movement (PTM), at least three Pakistani soldiers were killed and seven others wounded in a cross-border terrorist strike from Afghanistan.

Three soldiers "embraced martyrdom" while seven others were injured in the attack, the Pakistani military's PR outlet Inter-Services Public Relations (ISPR) said, adding that several terrorists had been killed in retaliatory fire by the army.

"While Pakistan security forces are solidifying border security through fencing and the construction of forts to deny liberty of action to the terrorists, Afghan Security Forces and the authorities need to have more effective control in [the] border region to support Pakistan's efforts as well as deny use of Afghan soil against Pakistan," ISPR said.

Just In: ISPR says A group of 60-70 Terrorists from across the border from bases in Afghanistan attacked troops undertaking fencing effort along Pak Afghan Border, in Alwara, North Wazirstan. Attack effectively responded and repulsed by troops in area. #Pakistan #Afghanistan

© AP Photo / K.M. Chaudary
Pakistan to Not Meddle in Afghan Internal Affairs - Imran Khan
Pakistan's fencing efforts will continue despite "all such impediments", it added.

The terror attack occurred a day after the Pakistani military's media chief Major General Asif Ghafoor warned the Pashtun Tahafuz Movement (PTM) leadership that the military won't tolerate the group anymore if it continued expressing their grievances through illegal activity including the use of violence.

After the warning, Tehrik-e-Taliban Pakistan (TTP), in a radio programme, defended PTM, criticising the Pakistan military for threatening the tribal organisation.

Pakistan's military has waged a massive war against TTP since 2007 in the war-torn tribal districts where PTM is now gaining prominence with the support of thousands of Pashtuns.