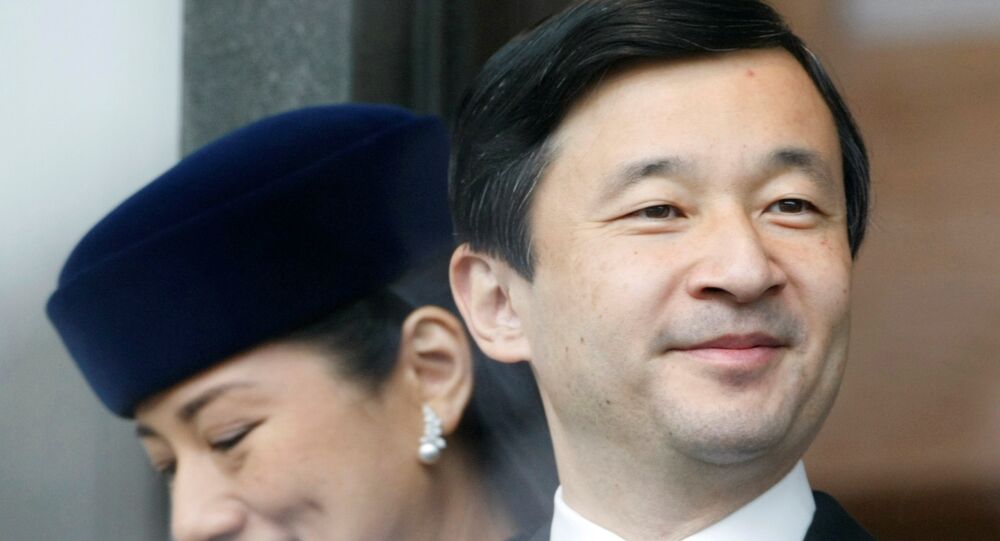 Earlier in the day, former Emperor Akihito stepped down, becoming the first Japanese emperor in over 200 years to do so out of his own volition. His abdication marked the end of the previous era, known as "Heisei" - which can be interpreted as "peace everywhere".

Naruhito has officially been named the new emperor of Japan, commencing a new era in the country's history, named "Reiwa", which can be translated as "beautiful harmony". The ceremony for passing the imperial regalia on to the new 59-year-old monarch will take place on 1 May.

85-year-old Akihito delivered his final speech as emperor on 30 April, expressing his "heartfelt gratitude to the people of Japan" before abdicating after a 30-year reign. With his voluntary move to step down, unique in the past 200 years, Akihito ended the country's previous historical era, which was named "Heisei", roughly interpreted as "peace everywhere".

With the adoption of the post-war constitution in 1946, the emperor began to play a more symbolic rather than political role in Japan. The imperial succession and the change of era are now purely symbolic in the country.

The last time that a Japanese emperor willingly vacated the Chrysanthemum Throne was in 1817, when Emperor Kokaku abdicated in favour of his son, Nink, after 37 years of reign.