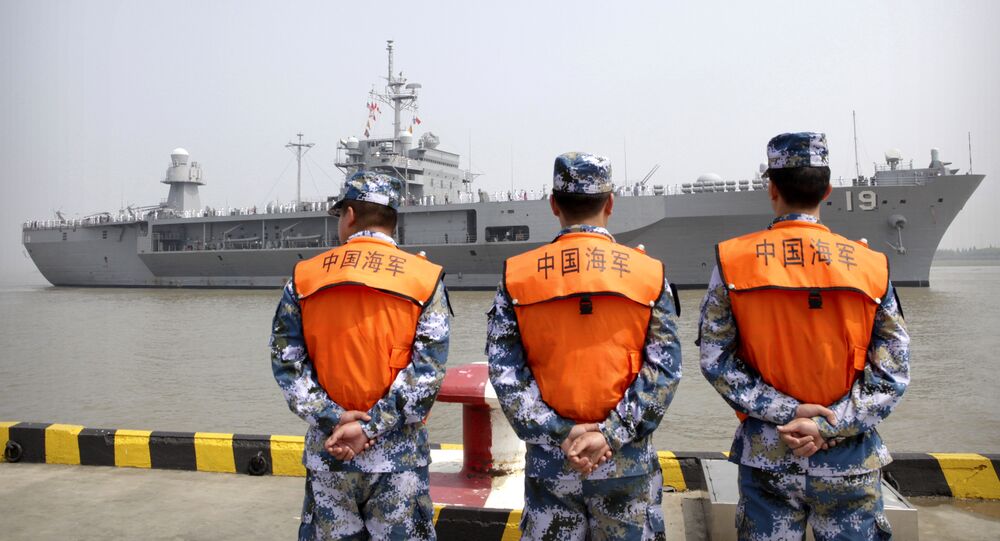 China is hosting a range of military events on 22-25 April. The international naval parade will take place on Tuesday and will involve 20 ships from 11 countries alongside 32 ships and 39 planes from the PLA Navy.

"It is a great honor for us to welcome our friends from the naval forces of 61 countries to Qingdao today to celebrate the 70th anniversary of the PLA Navy," Shen said.

As this year marks the 70th anniversary of China’s PLA Navy, a number of naval vessels and naval delegations from 16 countries arrived in #Qingdao port on Apr 21 to join the multinational navy event held by the Chinese Navy, including Australia, Japan, South Korea and Russia. pic.twitter.com/LKOTQPfT32

The organization of such a large-scale event with the participation of foreign visitors from around the world is aimed primarily at expanding exchanges between naval forces of different countries, strengthening mutual trust and cooperation, the chief of the Chinese Navy underlined.

"Ten years ago, when we celebrated the 60th anniversary of the naval forces of China, 29 countries participated in the celebrations, today it is 71, which fully demonstrates how our interaction has deepened and our friendship has become stronger," Shen added.

The Indian Navy’s frontline destroyer, INS #Kolkata sailing into #Qingdao Port a short while ago to participate in #PLAN International Fleet Review. She is accompanied by the tanker INS #Shakti @indiannavy @MEAIndia pic.twitter.com/D44KPJOeeN pic.twitter.com/n6bJjkMMyo

​#India’s Naval band bringing down the house at the #Qingdao Fleet Review, busting out #MichaelJackson’s Thriller. They followed this up with Uptown Funk. Bangladesh though got the local vote w/ a Karaoke version of 月亮代表我的心 🎤 #China pic.twitter.com/KwKdSBoiyG

The Russian delegation is headed by the deputy commander-in-chief of the Russian Navy, Adm. Alexander Vitko. High-ranking representatives from Canada, Germany, India, Mexico, Japan, South Korea, the United States and the United Kingdom are also in attendance at the event.

The Russian naval group will be led by the Admiral Gorshkov multirole long-range frigate of the eponymous class, also known as Project 22350.