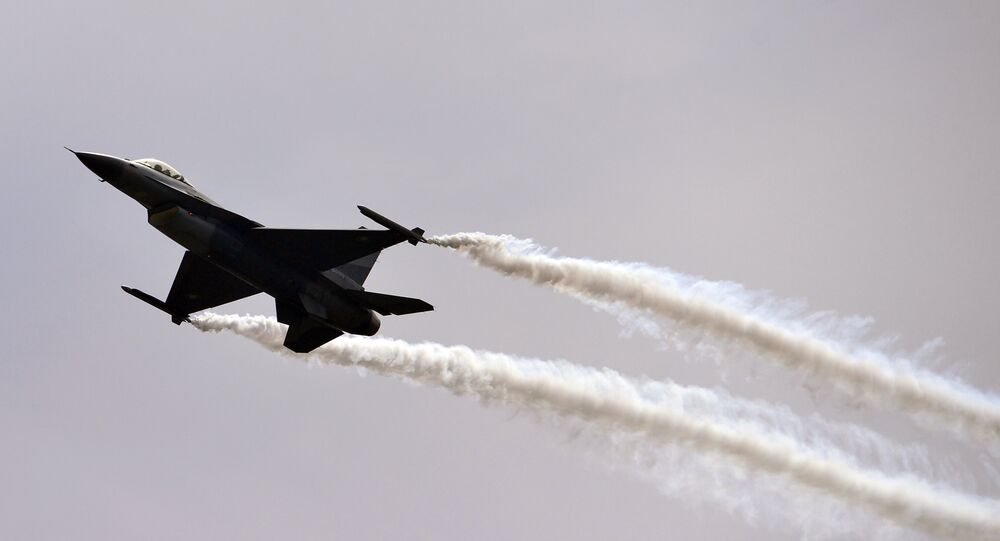 On 27 February, Indian and Pakistani warplanes engaged in an air battle over Kashmir following New Delhi's attack on an apparent militant camp on the Pakistani side of the Line of Control a day earlier. The incident led to the downing of an Indian MiG-21 and a Pakistani F-16 jet, as claimed by the Indian Air Force.

Radar images showing the air battle between Indian Air Force pilot Abhinandan Varthaman and a Pakistani F-16 jet were displayed by the Indian Air Force as "irrefutable proof" that an F-16 was downed, according to the NDTV news outlet.

READ MORE: Pakistan May NOT Have Violated F-16 Deal in Clash With India, US Media Says

"The IAF has irrefutable evidence of not only the fact that the F-16 was used by Pakistan Air Force on February 27, 2019 but also that IAF MIG 21 Bison shot down the F-16," Air Force Vice Marshal RGK Kapoor said at a press conference as quoted by the Times Now.

The statement comes days after the Foreign Policy magazine reported that US defence officials had taken stock of the F-16s at different airbases in Pakistan and found none to be missing.

The incident involving the IAF and Pakistan Air Force (PAF) took place on 27 February, when the Indian Air Force conducted an airstrike on an alleged Jaish-e-Mohammed terrorist camp in Balakot. inside Pakistan. Pakistan said that it downed two IAF MiG-21 planes. According to the Indian government, the country lost only one plane and its forces succeeded in downing a PAF F-16.

In turn, Pakistan has been denying claims that the PAF used its F-16 fighters against India during the recent air clashes.

The incident led to an escalation of tensions between the two countries.