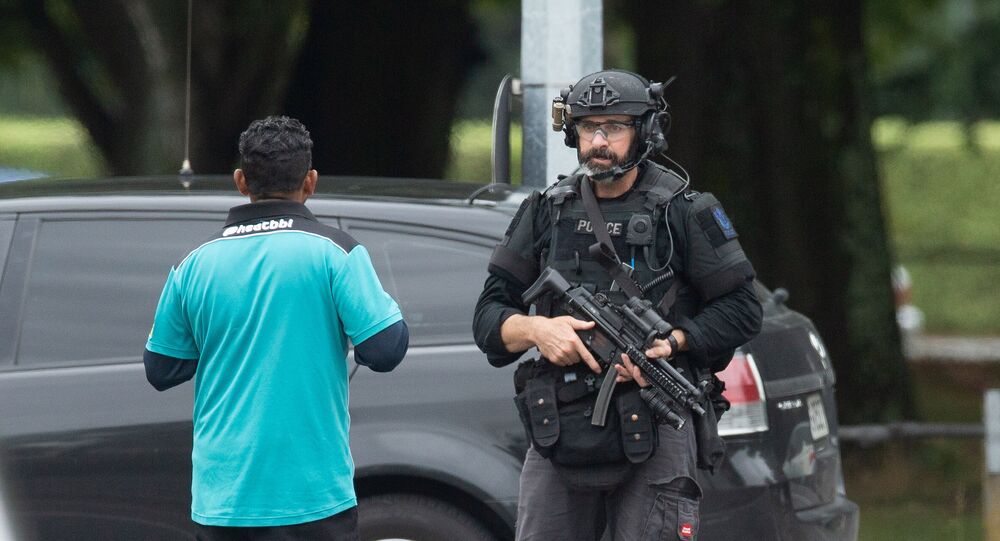 The logo of Beneficial Insulation apparently incorporates a symbol known as “black sun”, which was used by the Christchurch mosque shooter in his manifesto, while the company’s rate for one metre of insulation, $14.88 (NZD), also looks like a rather strange coincidence.

While New Zealand deals with the aftermath of a massacre in the city of Christchurch, a local business called Beneficial Insulation has attracted considerable negative attention due to a certain thing it apparently has in common with Brenton Tarrant, a 28-year-old Australian man who perpetrated the slaughter, the stuff.co.nz news website reports.

© AP Photo / Vincent Yu
Blame Anons: Media Links Imageboard to New Zealand Mosque Massacre
According to Stuff, the company drew public ire due to the fact that its emblem incorporates a symbol known as the “sun wheel” or “black sun”, which was used by the shooter in his so called manifesto.

Also, the website notes that Beneficial Insulation “charges $14.88 per metre for insulation”, pointing out that this number is frequently used as a reference to the Fourteen Words, a slogan coined by American white supremacist David Lane.

As Stuff attempted to approach Beneficial Insulation for comment, the company responded with a series of statements, many of which “did not make sense”.

"One message said it had been dealing with harassment and threats all day. Another message said it was impressive to see the quick response from police following Friday's shooting. A text message said a lawyer would need to be consulted and that the ‘antifa are out in force’", Stuff elaborated.

The violent shootings in two mosques in Christchurch, confirmed by New Zealand Prime Minister Jacinda Ardern to be a terrorist attack, took place on Friday, when 28-year-old Australian gunman and self-described terrorist Brenton Tarrant murdered 50 people and injured dozens of others.

A total of four people were detained following the attack, including the perpetrator.