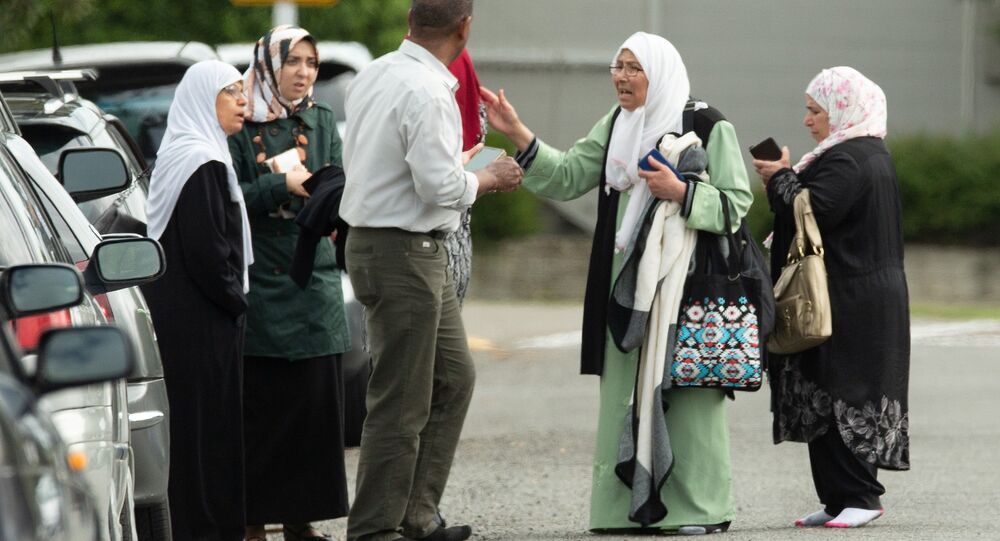 According to Bush, following the shooting, the police detained a man and a woman after a fire arms were found in their car. The woman has already been released, while the man has been charged with illegal actions associated with fire arms.

A third detainee was charged with incitement to racial discrimination and he will face trial on Monday.

"At this stage there is no indication that they are connected to the attacks," Bush said.

The violent shooting in two mosques rocked New Zealand's eastern city of Christchurch on Friday, leaving 50 killed and dozens injured. New Zealand's Prime Minister Jacinda Ardern called the shooting a terrorist act, saying it was the country's "darkest day." A total of four people were detained in the wake of the attack, including the 28-year-old suspected shooter, Australian national Brenton Harrison Tarrant. On Saturday, a court in New Zealand ruled to remand the suspected shooter in custody until April 5.