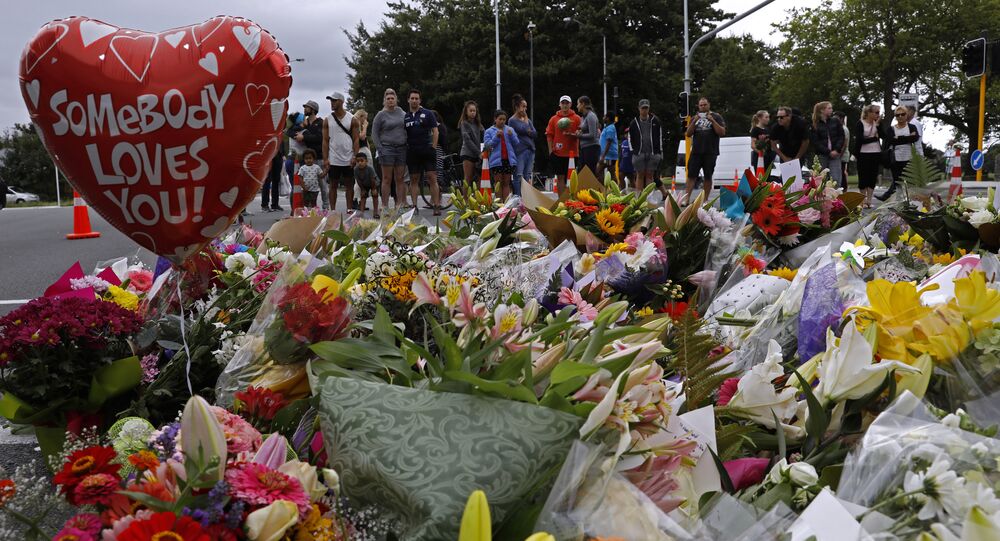 The killer’s message posted on 8chan initially elicited a mixed response from the imageboard’s users, with people either applauding his actions or worrying that sharing this kind of information may be a bad idea.

As people in New Zealand and across the world mourn the victims of a violent shooting spree which took place on 15 March in the city of Christchurch, Sky News reports that anonymous imageboard 8chan was used by one of the attack’s perpetrators to post a link to the Facebook page which he then used to live-stream the massacre.

According to the media outlet, the killer urged the 8chan audience to spread his message, though it elicited a somewhat mixed response from the imageboard’s users — some "were applauding the gunman and sharing the link", others argued that sharing this information "could land 8chan in trouble".

© AP Photo / Mark Baker
Sky News Australia, SM Giants Under Attack Over NZ Shooter’s ‘Distressing Footage’
The imageboard itself was described by Sky News as "a type of internet forum in which people primarily discuss topics using images attached to each of their posts rather than just text, which contains explicit and offensive material".

"8chan features discussions of alleged 'Muslims [sic] Reactions' inciting racial hatred, with unsourced images purporting to show a Muslim social media account reacting to the shooting by declaring war", the media outlet notes. "Another thread alleges that the shooting was conducted as part of a Jewish conspiracy, and others referencing a far-right party being elected in a local election in Spain".

Also, many of those who discussed the Christchurch shooting on 8chan allegedly expressed “respect and apparent endorsement of the terror attack with Nazi imagery and anti-Semitic language”, according to Sky News.

The violent shooting in two mosques in Christchurch, confirmed by New Zealand Prime Minister Jacinda Ardern to be a terrorist attack, took place on Friday, claiming the lives of dozens of people.

A total of four people were detained following the attack, including the 28-year-old suspected shooter, Australian national Brenton Harrison Tarrant.