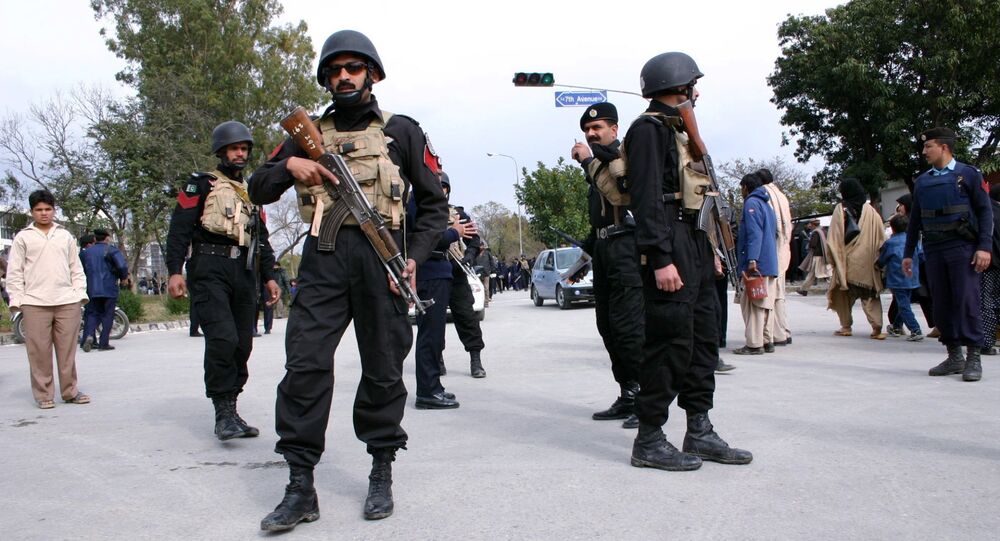 The escalation of tensions between Pakistan and India started after a deadly terrorist attack that took place on 14 February killing 45 Indian military personnel. India has accused Pakistan of harbouring and protecting terrorists, blasting the country for having a "direct hand" in the incident.

Pakistan has arrested at least 44 members of the terror group, including Mufti Abdul Raoof, the brother of the leader of Jaish-e-Mohammad Islamist group responsible for the deadly attack on an Indian military convoy in the Kashmir region, and Hamad Azhar, in a move to crack down on terrorist outfits operating in the country, the authorities reported.

"In order to implement the National Action Plan, a high-level meeting was held in the Interior Ministry. It was decided to speed up action against all proscribed organisations. In compliance, 44 under-observation members of the proscribed organisations, including Mufti Abdul Raoof and Hamad Azhar have been taken in preventive detention for investigation", Pakistan's Interior Minister Shehryar Afiridi said at a press conference.

Indian-Pakistani tensions escalated this week, after the Pakistani military shot down two Indian warplanes in the disputed region of Kashmir, responding to an earlier airstrike by Indian aircraft against what New Delhi said was a Jaish-e-Mohammad camp located in Pakistan across the so-called Line of Control, separating the India- and Pakistan- controlled areas of Kashmir.

The Indian airstrike came after a deadly attack by Jaish-e-Mohammad on the Indian paramilitary police force in Kashmir in mid-February. While India has accused Pakistan of supporting the militants and having a "direct hand" in the incident, Pakistan, in turn, has rejected the allegations, accusing India of being responsible for human rights violations taking place in Kashmir.