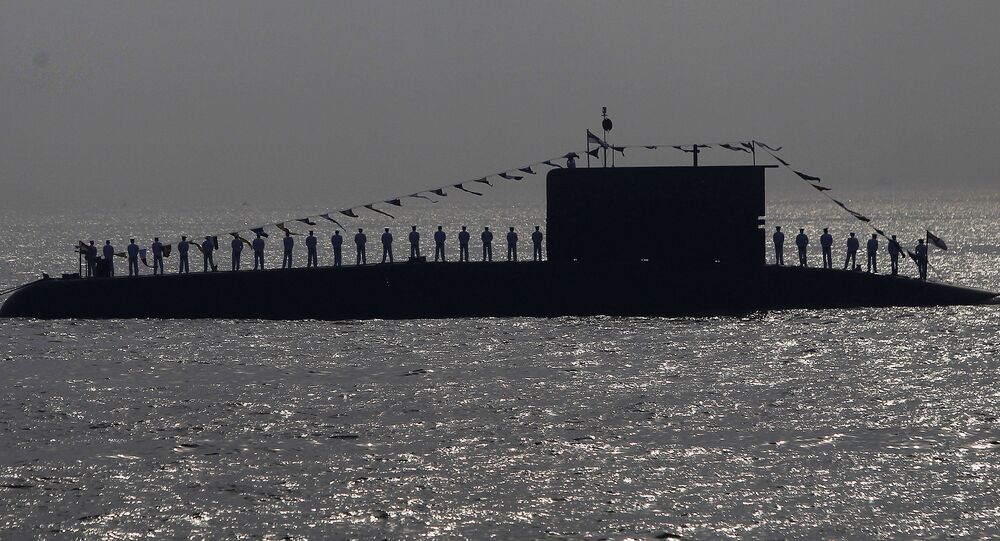 NEW DELHI (Sputnik) - The chief of the Indian Navy, Sunil Lanba, said that New Delhi had information on terrorists plotting new attacks on the country's territory, including from the sea.

"We also have reports of terrorists being trained to carry out attacks with various modus operandi including through the medium of the sea", Lanba said at a regional conference.

The Indian Navy chief has continued on by saying that "such threats are being perpetrated by a nation that wants to destabilise India".

According to Lanba, the region has witnessed multiple forms of terrorism in recent years and few Asian countries have been spared. The global nature that terrorism has acquired in recent times has further enhanced the scope of this threat, the Indian Navy chief added.

© AP Photo / Saurabh Das
India Reportedly Used Israeli GPS-Guided Bombs in Air Raid on Jaish-e-Mohammed
A day earlier, an Indian Defence Ministry spokesman stated that Indian and Pakistani troops had exchanged fire in the disputed Kashmir region after a brief lull since a dangerous escalation between the two countries that erupted last week.

On 26 February, Indian aircraft carried out airstrikes on what it claimed was a militant camp in Pakistan in response to a deadly attack that killed at least 40 Indian troops in Indian-administered Kashmir on 14 February.

In mid-February, a bomb hit an Indian convoy, going to Pulwama district, and killed dozens of officers from the Central Reserve Police Force (CRPF). Responsibility for the attack was later claimed by the Jaish-e-Mohammed terrorist group that seeks to separate Kashmir from India and to merge with neighbouring Pakistan. The incident has significantly heightened the simmering tensions between New Delhi and Islamabad over the Kashmir region.