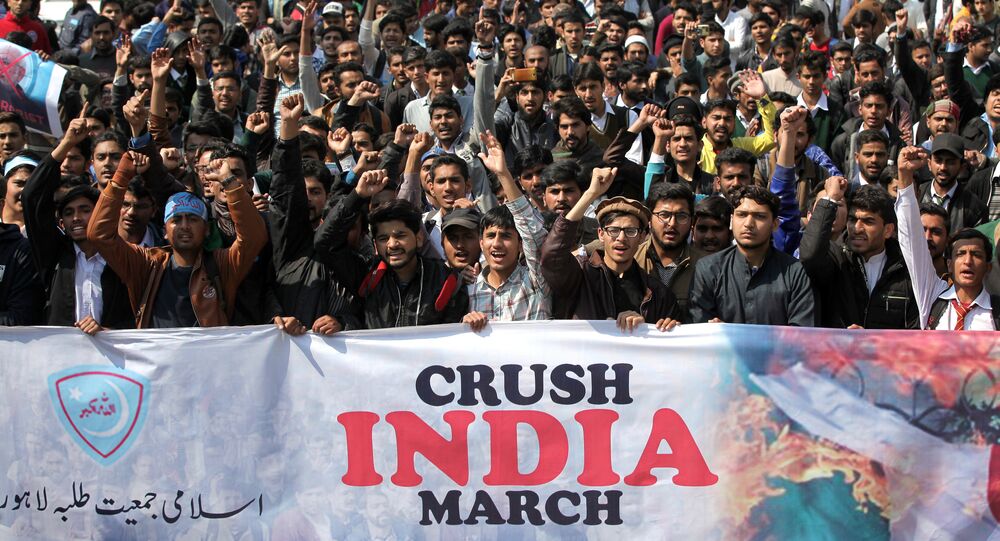 A portion of the Western media has reported that the Indian Air Force did not strike terror camps and that the precision-guided bombs instead fell onto a pine forest, destroying nothing but trees.

New Delhi (Sputnik): Indian Air Force Chief B.S. Dhanoa spoke during a press conference in Coimbatore, where he was flooded with questions on whether the 26 February airstrikes on alleged terror camps in Balakot, Pakistan were futile, as claimed by the Pakistani authorities.

The Indian Air Force chief has said that the bombs that were dropped did "clearly hit" the target and that it is up to India's political leadership to reveal the number of deaths.

"The target has been clearly amplified by foreign secretary in his statement. If we plan to hit the target, we hit the target, otherwise, why would he (Pakistan Prime Minister) have responded, if we dropped bombs in the jungles… why would he respond?" Air Chief Marshal Dhanoa said in the Coimbatore press conference.

#WATCH Air Chief Marshal BS Dhanoa says, "The Mig-21 Bison is a capable aircraft, it has been upgraded, it has better radar, air-to air missiles and better weapons system." pic.twitter.com/6D3yzBEQrY

"We don't count human casualties, we count what targets we have hit or not", he emphasized.

This was the first press briefing by the Air chief marshal after the air strike across the Line of Control (LoC), the informal border between India and Pakistan.

© AP Photo / Anjum Naveed
US Takes Claims of Pakistan's 'Misuse' of F-16 in Dogfight With Indian MIG Seriously
When asked about why the Indian Air Force chose to use the MiG-21 fighter jet during the "aerial engagement" with Pakistani forces, Dhanoa said "every available aircraft goes in when adversary strikes".

"One is a planned operation in which you plan and carry out. But when an adversary does a strike on you, every available aircraft goes in, irrespective of which aircraft it is. All aircraft are capable of fighting the enemy", the Indian Air Force chief said.

While expressing happiness over the return of captured Wing Commander Abhinandan, Air Chief Marshal Dhanoa said that he will be back to work after his medical fitness is ascertained.

"Whether he (Wing Commander Abhinandan) flies or not depends on his medical fitness. That's why post-ejection, he has undergone a medical check. Whatever treatment required, will be given. Once we get his medical fitness, he will get into [a] fighter cockpit", Dhanoa said.

The 26 February airstrike by the Indian Air Force on alleged terror camps of Jaish-e-Mohammad (JeM) in Balakot, Pakistan was prompted by the 14 February suicide attack on an Indian paramilitary convoy that killed more than 40 Indian soldiers. It was the JeM that claimed responsibility for the attack. The Indian government has long held that the state of Pakistan has been harbouring outfits like the JeM and Lashkar-e-Taiba that are responsible for a number of terror attacks inside India, while Pakistan denies New Delhi's allegations.