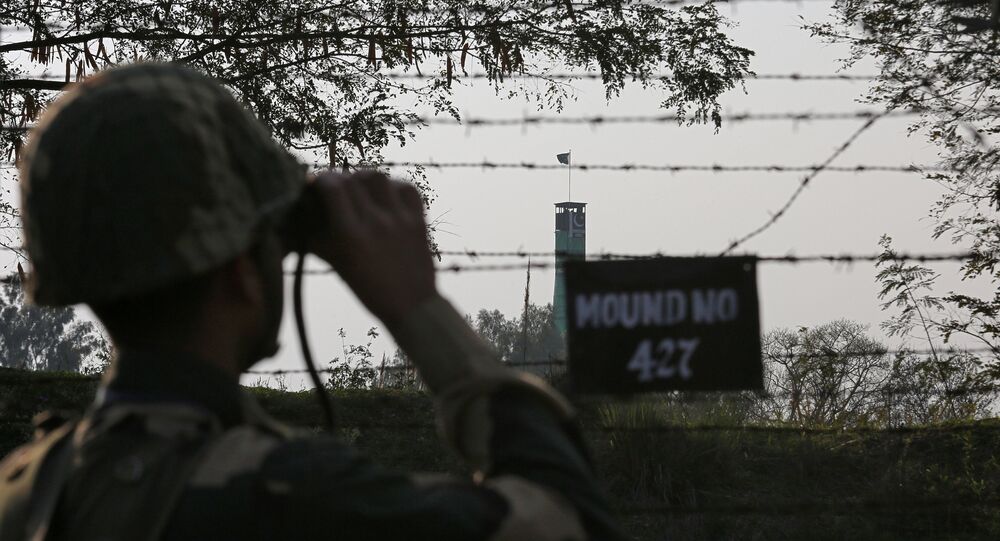 The tense situation between neighbouring India and Pakistan escalated after a Pakistan-based terrorist organisation claimed responsibility for a suicide attack that killed over 40 Indian soldiers on 14 February.

India does not plan to conduct new air strikes on the border with Pakistan, and the extremely tense situation in the disputed region of Kashmir is gradually stabilising, Indian Ambassador to Russia Shri D. Bala Venkatesh Varma has told Sputnik in an interview.

"No, we have no [such] plans at the present moment", the ambassador said, answering the relevant question.

According to the envoy, India has clearly stated that it is not interested in an escalation of the situation. And the best way to achieve a normal state of affairs in the region, Shri D. Bala Venkatesh Varma stated, is in Pakistani actions in the fight against terrorist groups.

"This is not a struggle between India and Pakistan. It is a question of India's protection of its interests in the face of the threat from terrorist groups. India is not the only country in the region that suffers from their actions", he said.

The envoy went on to say that India rejects the idea of engaging mediators to resolve the crisis with Pakistan, believing that Islamabad needs to take specific steps to combat terrorist groups based on its territory.

"I need to clarify that there's been no formal offer of mediation. And even if it is made, we will not accept it. No country has offered to mediate between India and Pakistan… There was a telephone conversation between [Russian] President [Vladimir] Putin and [Indian] Prime Minister [Narendra] Modi last evening, and the point of mediation was not mentioned at all", the ambassador stressed.

Russia's position is very supportive of India's actions, he noted. Pakistan should take measures against terrorist groups on its territory, the diplomat told Sputnik in an interview.

"We are always ready for a dialogue with Pakistan in an atmosphere free of terrorism", the ambassador said.

Indian Ambassador to Russia Bala Venkatesh Varma further elaborated that Russia is able to influence Islamabad to stop allowing terrorist groups to use the country's territory.

"Russia's role is to continue to put its influence on Pakistan to not allow its territory for use of terror groups," the ambassador said.

© AFP 2021 / JAMEEL AHMED
Pakistan to Drag India to UN for Unleashing "Eco-Terrorism" in Balakot - Reports
He noted that Russia had taken a clear and unambiguous position regarding the current escalation of relations between India and Pakistan.

Russian Foreign Minister Sergei Lavrov said on 28 February that Moscow would organise a platform for Indo-Pakistani talks if the two states express a willingness to negotiate the dispute.

© AFP 2021 / HANDOUT / ISPR
Pakistan’s Video of Indian Pilot Recorded Under Duress - Indian Air Force
The statements come after India's Air Force carried out an assault on an alleged terrorist base in Pakistan-administered-Kashmir, destroying several facilities on 26 February. New Delhi's air raid was conducted in response to a suicide attack claimed by the Pakistan-based terrorist organisation Jaish-e-Mohammad on 14 February.

After the attack, India accused Pakistan of supporting terrorist groups, Islamabad in turn, dismissed the allegations as "unsubstantiated", suggesting to conduct a joint investigation with New Delhi into the incident. The incident complicated the already tense relations between New Delhi and Islamabad, once again putting the region on the brink of a military conflict.