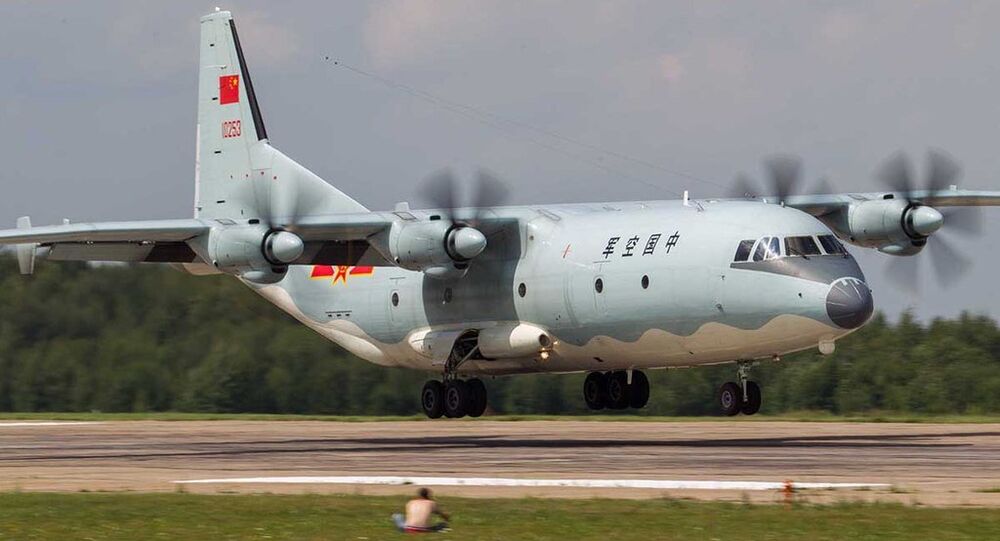 Japan and South Korea scrambled their fighter jets Saturday to intercept a Chinese spy plane flying close to their airspace. The surveillance aircraft never entered either country’s airspace, though.

On February 23, a Chinese People's Liberation Army Air Force (PLA-AF) Shaanxi Y-9JB (GX-8) electronic warfare and surveillance plane set off alarms in Japan and South Korea by flying into each country's air defense identification zone. Both countries scrambled fighter jets to intercept and escort the plane away from their airspace, The Diplomat reported.

The Y-9 first flew toward South Korea Saturday morning, appearing on radar near the disputed Ieo Island/Socotra Rock, a submerged rock in the Yellow Sea with a South Korean science station built on a platform above it, at around 8:03 a.m. and exiting at 8:27 a.m., the Korean Joint Chiefs of Staff (JCS) said Tuesday in Seoul, according to Yonhap News Agency.

The plane reentered South Korea's air defense identification zone (KADIZ) at 9:34 a.m. over the Sea of Japan near the southeastern city of Pohang, leaving South Korean radar at 12:51 p.m. Yonhap noted it was the first time a Chinese plane had flown between the disputed Liancourt Rocks/Dokto and the South Korean island of Ulleungdo. During that time, South Korean fighter jets flew out to meet the Chinese Y-9, broadcasting warning messages to its crew.

The Japanese Ministry of Defense statement isn't available in English, but The Diplomat gave no report on the time Japan's Air Self Defense Force (JASDF) detected the plane, only noting it appeared over the Tsushima Strait between Japan and South Korea, a body of water that connects the East China Sea and Sea of Japan.

Only a week prior, the JASDF was up in the air again, intercepting a group of Russian Tu-95MS strategic bombers and Su-35S (Flanker-E+) multirole fighter jets over the Sea of Japan and Pacific Ocean, The Diplomat reported. Those intercepts also took place over international waters and not in Japanese airspace.

Such occurrences are shockingly common. By September of 2018, the JASDF had intercepted Chinese aircraft 345 times, already 58 more than in fiscal year 2017, according to ministry data. The Diplomat noted that the PLAAF typically sends out Y-9s on patrol through the area every four weeks.