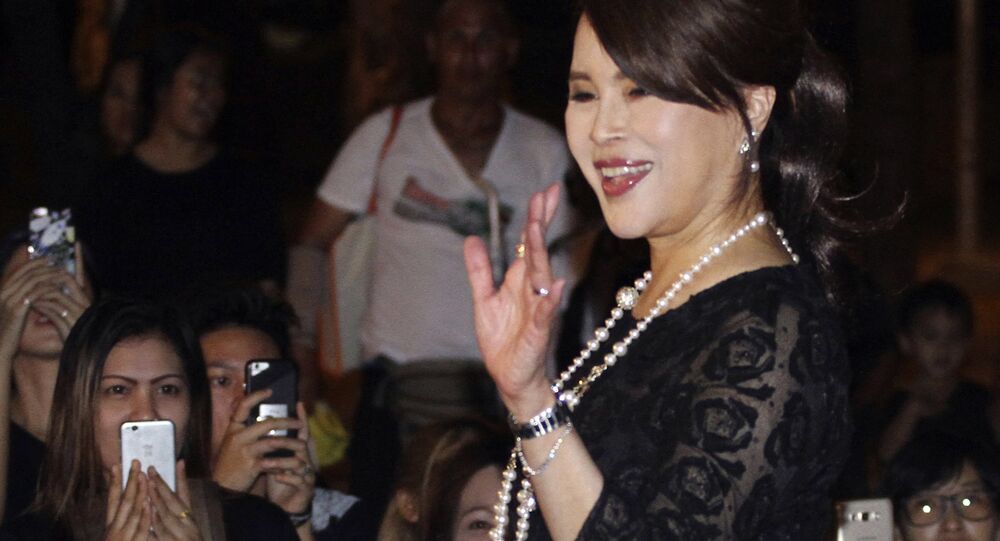 In an unprecedented set of monarchal moves in Bangkok, the king and his sister - earlier thought to have been close - have shaken up the normally quiet and conservative life of the nation’s royal family and politics as a whole in Thailand.

On Friday, the Thai Raksa Chart Party (Thai Save The Nation) announced that the elder sister of Thailand's King Maha Vajiralongkorn's, 67-year-old Princess Ubolratana, had registered as the party's candidate for prime minister in March elections.

The king was quick to put a stop to his sister's candidacy, however, declaring her announcement to be "inappropriate" and "unconstitutional."

The king's decree was speedily acknowledged and honored by the Save the Nation party.

"Thai Raksa Chart party complies with the royal command with loyalty to the king and all members of the royal family," the Thai Raksa Chart said in a statement following the royal decree, the South China Morning Post (SCMP) reported.

"The Thai Raksa Chart will carry out its duty in accordance with the regulations of the Election Commission, the election law and the Constitution with respect to the tradition related to the monarchy. We are ready to bring forward policies that will lead Thailand to prosperity, with respect for the people's decision in accordance with the principles of the democracy with the king as head of state."

Thailand is expected to hold general elections on 24 March — for the first time since a 2014 military coup that saw Thaksin Shinawatra and his sister, Yingluck, who both served as prime minister, driven away from the nation, Sputnik previously reported. The Thai Raksa Chart Party is thought to be linked to ousted Thaksin Shinawatra, while Princess Ubolratana herself was seen with the exiled Shinawatra siblings at the FIFA World Cup in Russia.

According to Jarungwit Phumma, a member of the ruling junta who leads the election commission, a final decision on the princess' candidacy will be made Monday, despite the fact that the king clarified that "all royal family members adhere to the same principles […] and cannot take any political office, because it contradicts the intention of the constitution."

According to Joshua Kurlantzick from Washington's Council on Foreign Relations, the sudden refutation on Ubolratana's candidacy could have been caused by the royal court deciding against approving Ubolratana's candidacy at the last minute or the king being unsure of his sister's allegiances prior to her Friday announcement.

"The monarchy has semi-divine status in Thailand. Public appearances and statements often pertain to royal duty or events. A disagreement like this has almost never happened in recent memory."

In an Instagram post Saturday, the princess thanked her supporters for their "love and kindness toward each other over the past day."

"I would like to say once again that I want to see Thailand moving forward, being admirable and acceptable by international countries, want to see all Thais have rights, a chance, good living, happiness to all," she said, closing out with "#ILoveYou."