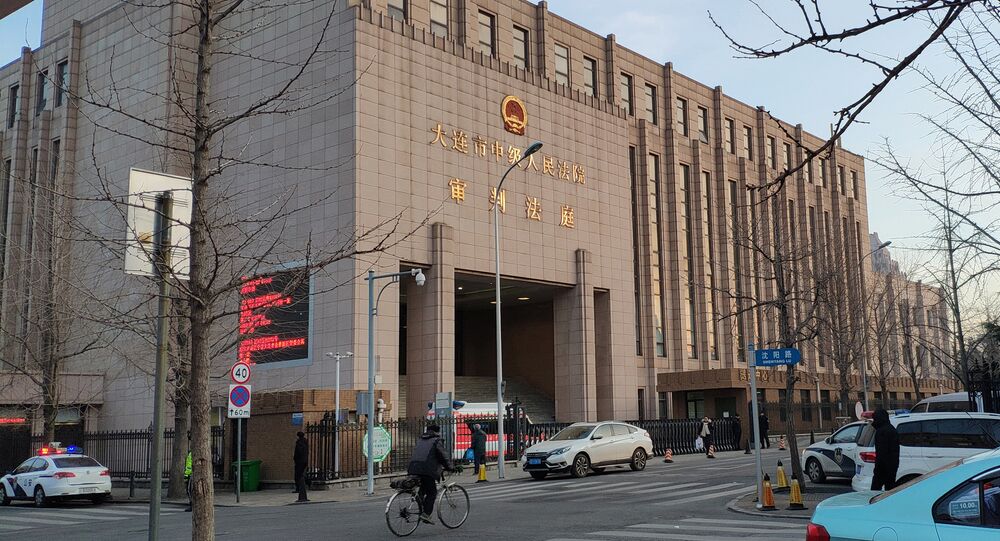 MOSCOW (Sputnik) - Robert Lloyd Schellenberg was handed the death penalty on Monday after appealing a 15-year jail term he was given in 2016. Canada has accused China of arbitrarily applying the capital punishment.

Canadian Foreign Minister Chrystia Freeland said on Tuesday that Ottawa had officially asked Beijing to spare the life of its citizen.

"We have already spoken with China’s ambassador to Canada and requested clemency", Freeland told reporters at a press conference on Tuesday. Freeland stressed she had a "very emotional conversation" with the man’s father on Monday. She urged all Canadians going to China to consider the associated risks.

Schellenberg was arrested in China in 2014 or 2015 — media have reported different dates. He was accused of being involved in an internationally organised drug syndicate, something that he has firmly denied.

The Chinese authorities initially sentenced the Canadian citizen to 15 years in prison. However, in late December 2018, an appeals court ordered a retrial, claiming that the initial punishment had been too lenient. The defendant now has ten days to appeal the court's verdict.

China and Canada have been in a diplomatic row since Huawei Chief Financial Officer Meng Wanzhou, the daughter of the company's founder, was arrested on 1 December in Canada on suspicion of failing to comply with the US sanctions against Iran.

© REUTERS / Kacper Pempel
‘US Vies to Stop Huawei, But Its Products Are Prevalent Worldwide' - Strategist
Just a few days after Meng's arrest, Chinese authorities detained former Canadian diplomat Michael Kovrig and businessman Michael Spavor for allegedly posing a threat to the country's security. Beijing has denied, however, that the detention had anything to do with Meng's case.

Meanwhile, Ottawa has updated it travel advisory for China to warn citizens about the risks of arbitrary enforcement of local laws after a court sentenced a Canadian citizen to death penalty on Monday.

In turn, Chinese Foreign Ministry and the country's diplomatic mission in Canada have urged Chinese citizens to exercise caution when travelling to Canada.

© AP Photo / Mark Schiefelbein, File
iFlubbed: Two Huawei Employees Punished for Posting Company Tweet From iPhone (PHOTO)
Huawei has recently been the subject of allegations that it is linked to the Chinese government and even involved in espionage on its behalf. Last year, Australia, Japan, New Zealand, and the United States banned the Chinese telecommunications giant from participating in government contracts.

Huawei Technologies President Ren Zhengfei said Tuesday that the Chinese telecommunication giant had never spied in favour of Beijing or granted access to "improper information" to any country.