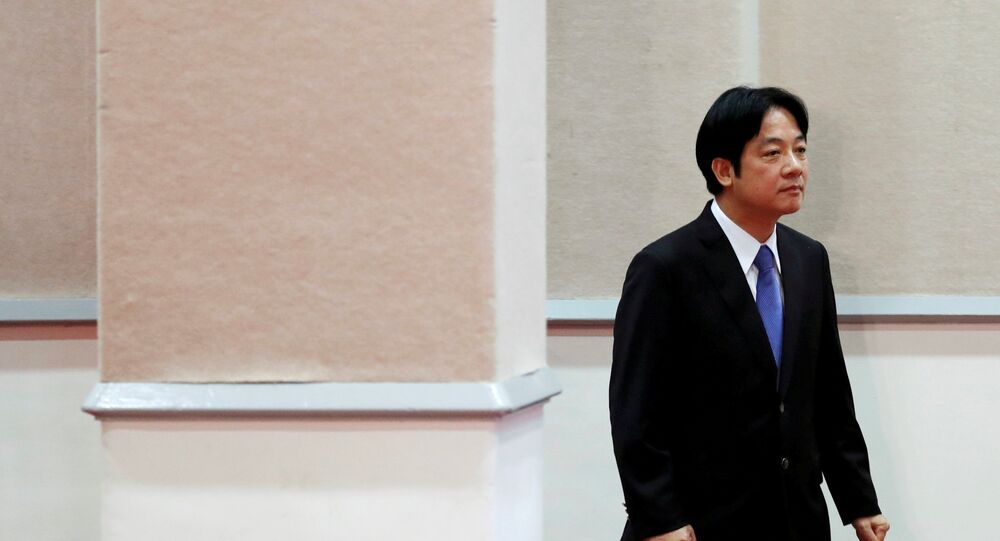 MOSCOW (Sputnik) - Taiwan Premier William Lai plans to hand in the official resignation of his cabinet on Friday, two months after his Democratic Progressive Party (DPP) suffered a significant defeat in local elections in November, he told reporters on Thursday.

"The budget has been approved and the time has come," Lai told reporters after a local legislative session approved the 2019 budget for the central government of the self-ruled island, according to local media reports.

Lai said he would resign with his entire cabinet during a legislative session on Friday.

After the DPP suffered a major defeat in local elections in November, Lai announced his decision to resign at once. But Taiwan President Tsai Ing-wen, who resigned as the chair of the ruling DPP in response to the election results, convinced Lai to postpone his resignation.

© REUTERS / Stephen Lam
Taiwan ‘Will Never Accept’ One Country, Two Systems Arrangement With China - President
Lai’s resignation deals another blow to Tsai and the DPP, as the opposition Chinese Nationalist Party continues to gain momentum in Taiwan ahead of the 2020 presidential election on the island.

Following taking office in 2016, Tsai’s administration faced increasingly hostile policies from China because of her party’s pro-independent stance on relations with Beijing.

After losing the civil war in 1949, the Chinese Nationalist Party retreated to Taiwan and continued to rule the island under the Republic of China. Following democratic reforms in the 1990s, the first universal direct election for the president of Taiwan was held in 1996.

At the same time, the Chinese Communist Party, which rules the People’s Republic of China from Beijing, continues to claim sovereignty over Taiwan under the One China policy.