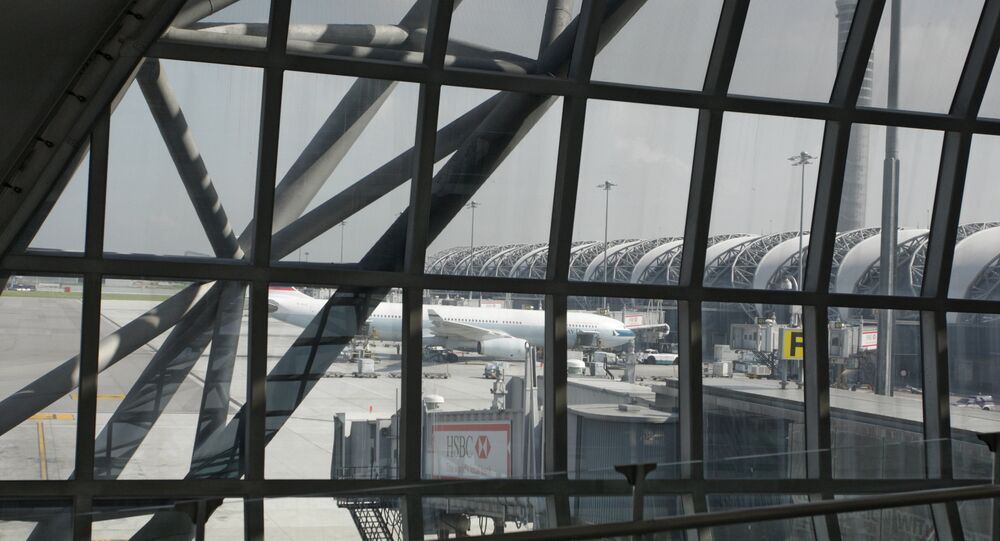 BANGKOK (Sputnik) - The United Nations is searching for a country to host a Saudi Arabian young woman, 18, who fled her own country for Thailand as her family tried to get her married off against her will, Thailand's Khaosod online news portal reported.

According to Thailand's Khaosod online news portal, on 8 January, Alqunun left the airport under the care of the employees of the Office of the United Nations High Commissioner for Refugees (UNHCR) in Bangkok.

The Thai authorities granted the Saudi fugitive a permission to stay in the country for five days, the period, during which the UN personnel should find a safe country which will provide Alqunun with a permanent shelter, the news outlet added.

Australia is ready to carefully consider an asylum application from young Saudi woman Rahaf Alqunun, who fled her home country for fear of being forced to marry, media reported on Tuesday, citing the Department of Home Affairs.

"Any application by Ms Al-Qunun for a humanitarian visa will be carefully considered once the UNHCR process has concluded", a spokesman for the department told SBS News.

The spokesman added that Canberra had expressed its concerns over the situation to the Thai government and the UNHCR office in Bangkok, stressing the need to expedite the processing of woman’s case.

© CC BY-SA 4.0 / B.alotaby / Riyadh Skyline
Saudi Arabia Adopts Biggest Budget in History With Expenditure at Over $294Bln
On 5 January, Rahaf Alqunun arrived in Bangkok as an in-transit passenger on her way to Australia. In the transit lounge of Bangkok's Suvarnabhumi airport, she had her passport seized by the Saudi Arabian Embassy's staff who were warned by the woman's father. Alqunun was requested to fly to her homeland on the first plane to Saudi Arabia, however, the woman refused to do so and stayed in the airport's transit zone.

The situation with Alqunun's running away came to light and attracted the attention of human rights activists after the woman released a video address in which she spoke of the reasons for her escape. Alqunun, in particular, said that if she returned to her homeland he would either be jailed or killed by relatives for harming the family's honour.