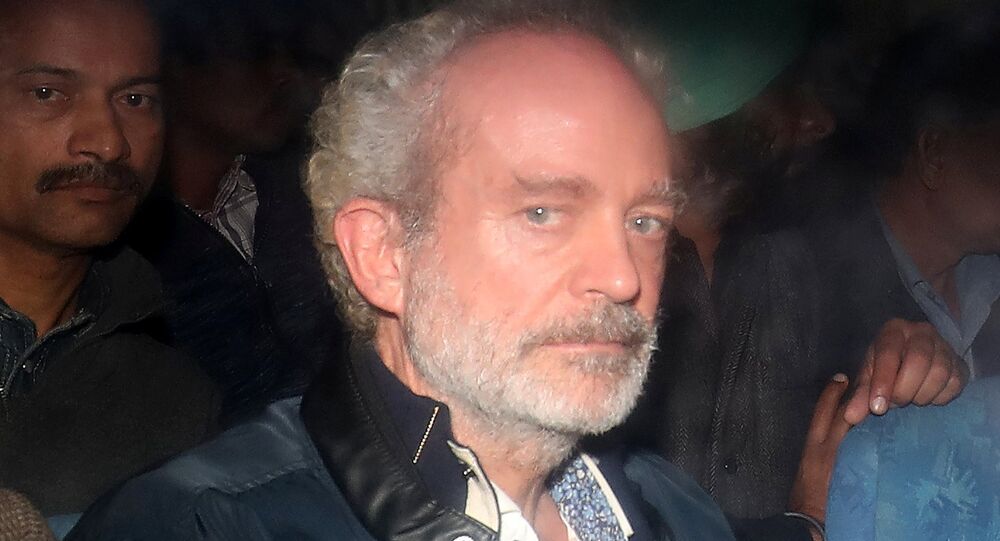 Corruption Back in Indian Election Narrative With British Middleman in Custody

The extradition of British national Christian Michel from the UAE to India has triggered a political slugfest on allegations of corruption between two major political parties in India. A sign of things to come, corruption debates may again dominate the 2019 central election campaigning as it did in 2014, resulting in a change of government.

New Delhi (Sputnik) — With the arrival of British middleman Christian Michel to India on Wednesday, corruption and scams seem to be once again popular in the Indian political narrative, with the central elections due early next year. In 2014, the 10-year-old Congress-led UPA government was unseated from power after a flurry of anti-corruption protests became the central theme of electioneering.

© CC0 / Pixabay
British Middleman Involved in AgustaWestland Bribery Scam Extradited to India
Christian Michel was deported by the UAE to India unconditionally at the latter's request. He is the alleged middleman in the AgustaWestland helicopter deal which commenced during the UPA government led by Manmohan Singh. With the speeding up of the AugustaWestland issue, the corruption narrative before the 2019 polls has become shriller, as the Congress Party is already up in arms against the current government led by Narendra Modi on the alleged scam in a government to government purchase of 36 Rafale fighter jets from France.

Senior journalists in India are calling the extradition of Michel a high profile gamble by the Indian government.

Soon after Michel's extradition to India, Vijay Mallya, a billionaire chased by Indian banks for non-payment of debts and currently in UK, took to Twitter offering to pay back his debts. The news has come as a shot in the arm for supporters of the Indian government, who are now publicizing it as a success of the Modi government.

Meanwhile, a day after the arrival of Christian Michel in Indian custody, the governing BJP upped its ante on the matter by "exposing" the alleged connection between Congress and the British middleman, as the lawyer representing Michel happened to be a Congress youth wing leader.

The Congress Party reacted promptly by dismissing the youth leader from the party while ridiculing the governing BJP as desperately trying to link the party with the British middleman. Congress spokesperson Jaiveer Shergill held a press conference on Wednesday and termed the BJP offensive a case of the "pot calling the kettle black".

On arrival, Michel was quick to understand the political heat and allege that he was being targeted because of politics in India.

Acting on Michell's request, the British High Commission in New Delhi has sought consular access to Christian Michel, who is now in the custody of the apex Indian investigation agency CBI.

The Indian Ministry of External Affairs has said that it is examining a request for consular access to Christian Michel.

The British national is one of the three middlemen, besides Guido Haschke and Carlo Gerosa, in the chopper scam.

The AgustaWestland VVIP chopper deal was signed in 2010 by the then Congress-led alliance government. The deal was scrapped after Italy arrested the head of Finmeccanica, the parent company of AgustaWestland, on charges of bribing Indian politicians and others to win the contracts.

'Justice Has to Dig Much Deeper' Amid Netanyahu Corruption Scandal – Activist