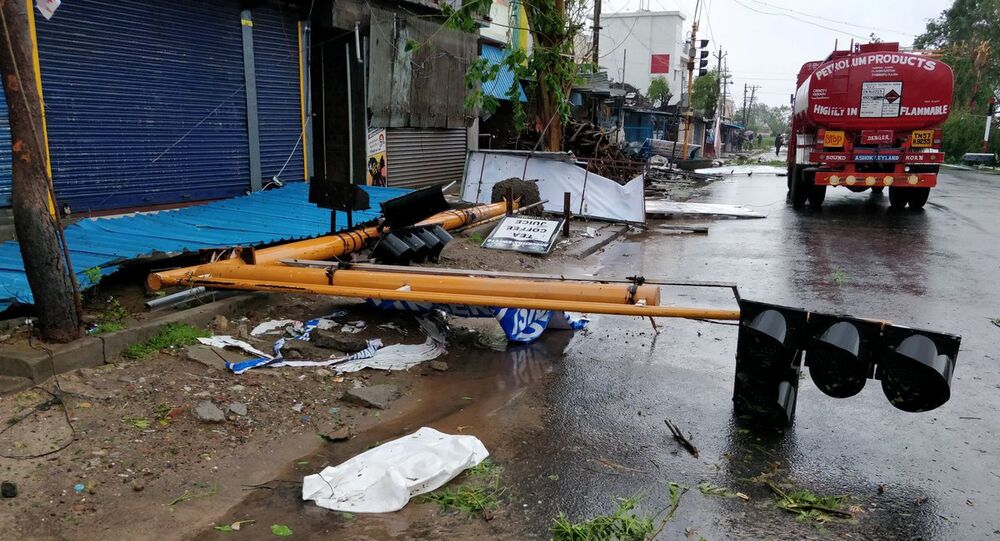 At least 11 are reported dead and several injured and rendered homeless as cyclone Gaja touched the east coast of India in the southern state of Tamil Nadu.

The Government of India has pressed its defense forces into action to take control of the situation as Cyclone Gaja unleashed havoc on the eastern coast. Chief Minister of the worst affected state of Tamil Nadu K Palaniswami informed the press that over 83,000 people have been evacuated to safer locations in the wake of the cyclone.

Meanwhile, the meteorological department has said that the severe cyclonic storm with winds moving at a speed up to 120 km per hour is likely to move westward and weaken gradually into a cyclonic storm.

#Gaja #CycloneGaja #GajaCyclone #GajaCycloneUpdates
It is on full swing all over TN with landfalls with heavy wind speed….
Please stay safe people!!!! pic.twitter.com/Clb5O6ZMnc

Tamil Nadu: Trees uprooted and houses damaged in Nagapattinam in the overnight rainfall and strong winds which hit the town. #GajaCyclone pic.twitter.com/9ObvcqJlDD

Several districts of the adjoining states of Kerala, Odisha and Andhra Pradesh have also been affected by the cyclone.

"The cyclonic storm crossed the Tamil Nadu coast between Nagapattinam, nearly 300 km from state capital Chennai, and Vedaranniyam. People were evacuated from low-lying areas and sheltered at over 300 relief centers in six districts including Nagapattinam, Pudukottai, Ramanathapuram, and Tiruvarur. Two naval ships equipped with divers, helicopters and inflatable boats were also docked to move to affected areas to provide relief and humanitarian aid," the Press Trust of India reported.

Nagapattinam district has been heavily damaged by #GajaCyclone. In total, 471 relief camps have been established in which 81,948 ppl are staying. We"ll seek assistance from central govt after assessment is done by our officials in the affected areas: Tamil Nadu CM E Palaniswamy pic.twitter.com/7lA4J3U1lz