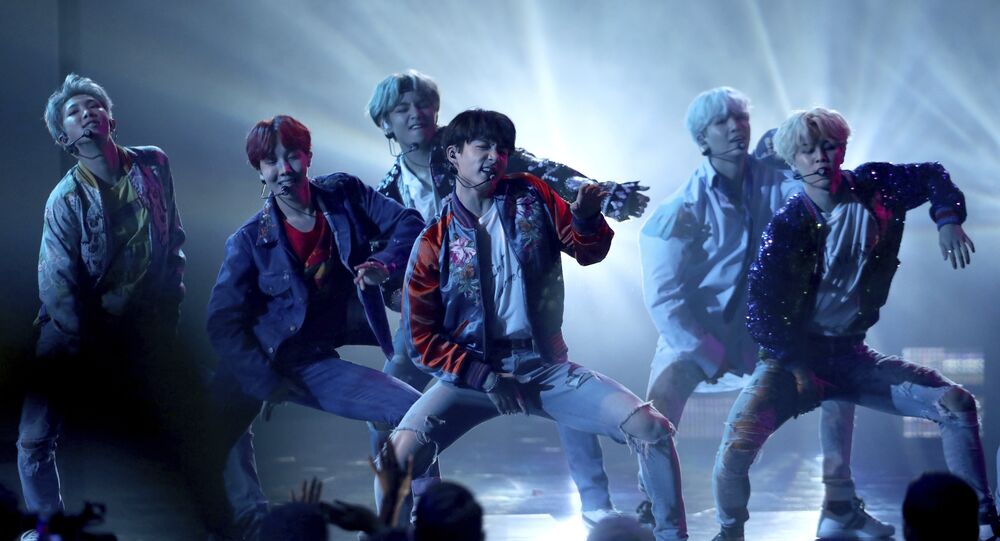 The Korean band The Bangtan Boys (BTS) was recently turned away by a Japanese TV show after one member was spotted in a picture wearing a t-shirt featuring the atomic explosion that destroyed Nagasaki. The band, which has also used Nazi imagery, has been condemned by The Simon Wiesenthal Center (SWC) for making the bigotry and intolerance 'cool'.

Last Thursday the Japanese network TV Asahi announced the banishing of BTS from live performances after one of the band's members was seen in a photo wearing a t-shirt commemorating the liberation of the Korean Peninsula from Japan; it featured a picture of the atomic bomb exploding over Nagasaki.

This was a collaboration with a Korean male singer Seo Taiji.
Looks like a Nazi congress…
Here are their costumes:
(The black SS uniform?? The Nazi flag??) pic.twitter.com/J5O0HyMAIR

​Rabbi Abraham Cooper, Associate Dean of The Simon Wiesenthal Center, a Jewish human rights organisation, condemned the band, saying "It goes without saying that this group, which was invited to speak at the UN, owes the people of Japan and the victims of the Nazism an apology."

A famous Korean boyband, BTS is said to have done a NAZI resembling concert.
A thread: pic.twitter.com/UjwLCPDrfu

​According to The Guardian, Cooper cited the release in early 2015 of promotional material for a book that showed one of the band members wearing a hat featuring the symbol of the Death's Head Units, SS organisations that ran the Nazi concentration camps.

The story about the shirt appears to be "just the latest incident of this band mocking the past", claimed the rabbi, who noted the flags used during a September 2017 Bangtan Boys concert. "Flags appearing on stage at their concert were eerily similar to the Nazi Swastika."