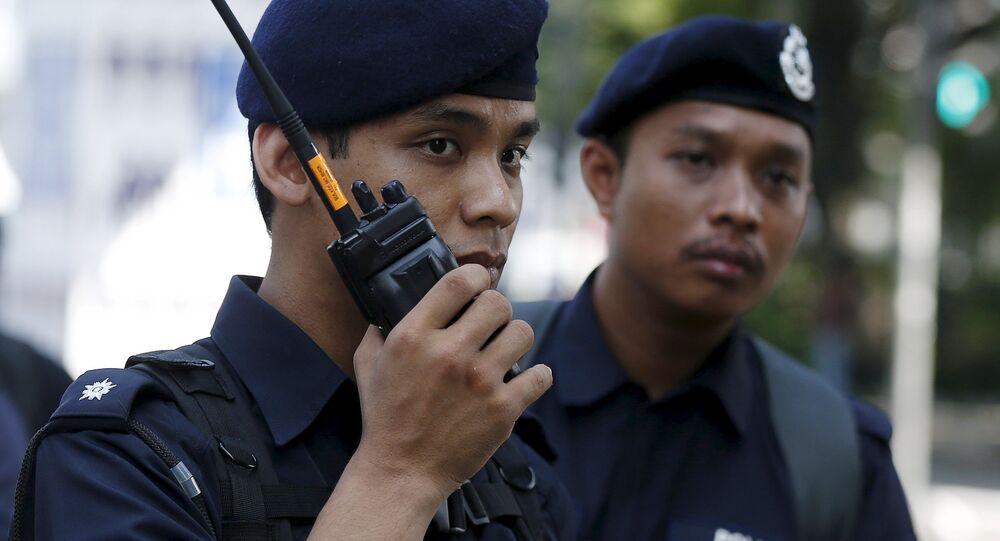 Hamidi, the acting president of the once-powerful party United Malays National Organization (UMNO) that ruled Malaysia for 60 years before a shock defeat in May general election, has been slapped with 45 charges, namely, 27 counts of money laundering, 10 counts of criminal breach of trust and eight counts of corruption, The Star newspaper reported.

© REUTERS / Olivia Harris
Former Malaysian PM’s Letter Requesting May 2018 Election Help ‘Ignored’ by CIA
One of the charges is related to claims that between 2014 and 2015 Hamidi used 800,000 Malaysian ringgits ($192,444) in funds from his charity organization Yayasan Akalbudi to settle his credit card debts.

As Hamidi refused to plead guilty, the court ruled to release him on bail, setting the amount of money to be paid at two millions of Malaysian ringgits.

Hamidi has already posted the first installment and has to post the second one, which is the final one, by October 26.

The UMNO used to dominate Malaysia's politics since 1957, but in May 2018, its rule came to end, as the Alliance of Hope political coalition won the general election.

Razak faces corruption and breach of trust charges as well, with the investigation closed and reopened several times since 2011.

Malaysia’s Prime Minister Says Heard About, Has Not Seen New Documents on MH17