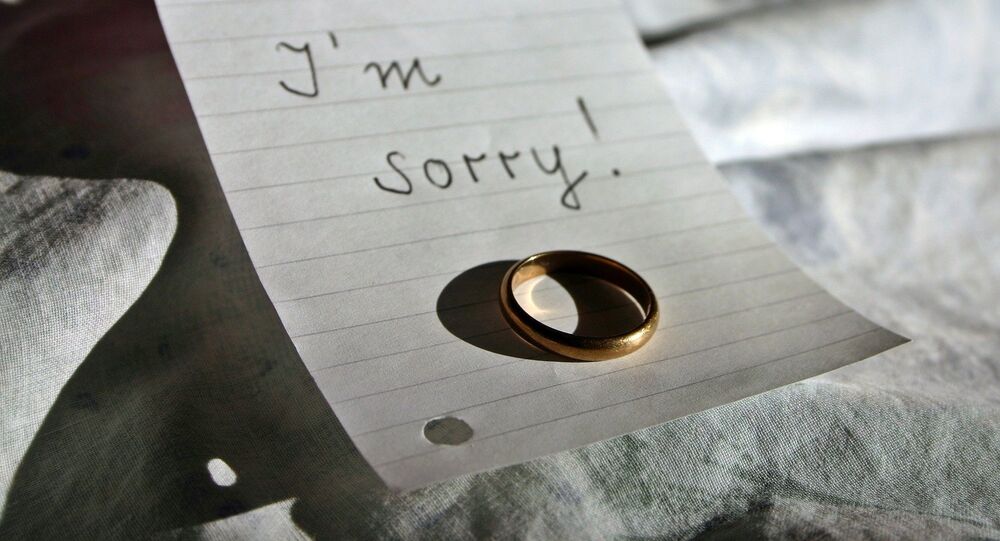 Section 497 of the Indian Penal Code (IPC) has recognized adultery as a punishable offense. The law provides for men to be punished for adultery.

New Delhi (Sputnik): The apex court of India on Thursday ruled that adultery should not be considered a crime while maintaining that it will remain a ground for divorce "without a shadow of doubt."

"Making adultery a crime is retrograde and would mean punishing unhappy people … any law which dents individual dignity and equity of women in a civilized society invites the wrath of the constitution," Chief Justice Deepak Mishra said while delivering the judgment.

Supreme Court strikes down #adultery as an offence: Who said what

Interestingly, the government of India, during the arguments, had defended the law saying adultery must remain a crime so that the sanctity of marriage can be protected.

"In case of adultery, the criminal law expects people to be loyal which is a command which gets into the realm of privacy," the judges felt unanimously.

The five-judge bench of the apex court in a unanimous decision said that "the husband is not the master of the wife" and called the Victorian adultery law arbitrary.

The judgment is being described as strong and progressive by intellectuals.

"It is a progressive decision. It should never have been a part of modern India's penal code because it was an extremely archaic patriarchal law. Too late but a welcome move," senior advocate Rebecca John told the media after the judgment.

I welcome this judgement by Supreme Court. It was an outdated law which should have been removed long back. This is a law from British era. Although the British had done away with it long back, we were still stuck with it: Rekha Sharma, NCW chief on SC decriminalising adultery pic.twitter.com/mzXLl74hvQ

Legal experts also opine that the scrapping of the law is akin to disposing of colonial baggage.

"It was one of that colonial baggage that we had to let go of as it was from an era where women were treated as chattel of men and the wife was the property of the husband," lawyer Aishwarya Bhati said.

Twitter was quick to react with a mixed response, while some lauded the repealing of the over 150-year archaic law, there were few who saw it as an encouragement to have illegitimate relationships.

Totally disagree with SC on adultery. They've given license to married couples 4 adulterous relationships. What's sanctity of marriage then?

Instead of making 497 gender neutral, criminalising it both for women and men they have decriminalised it totally! Anti women decision.

Husband: Where r you going?

Decriminalization of AduItery is a tribute by SC to the father of Adultery in India, Nehru. Even 54 years after his death, he was carrying the burden of a crime. A butt of all aduItery jokes, memes & satire. Today, he is Iiberated. May his souI rest in peace, alongwith Edwina's.

"Triple Talak" is a crime but adultery is not. Joke https://t.co/GGn0I2VO95

You must be kidding me that Adultery is STILL classed as a criminal offence in 21st century India. Please abolish immediately and stop making a joke out of India’s law & order system. Everyone needs to grow up or go back to nursery #Adultery #nurseryrhymes