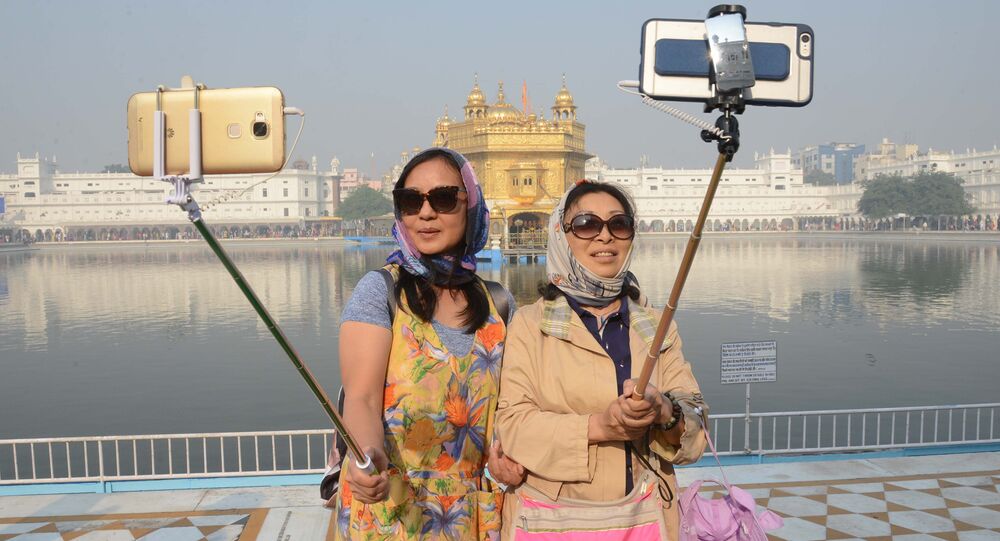 The Indian government has set a target to attract at least 10% of China’s outbound tourists in the next five years. Last year, over 145 million Chinese tourists left the country's borders, but those visiting India comprised less than one percent.

New Delhi (Sputnik): India is launching a massive publicity campaign in China next month with the aim of attracting more tourists from the northern neighbor.  The campaign, under the banner of "Incredible India," will be telecast in Chinese media, showcased in shopping malls and public transport.

The step is mainly geared in the direction of increasing people to people exchange — an agreement reached between Indian Prime Minister Narendra Modi and Chinese President Xi Jinping earlier this year during an informal summit in Wuhan, China.

"China will soon witness the famous Incredible India advertisements on their TV channels, in shopping malls and on city buses," Gautam Bambawale, India's ambassador to China, said on Tuesday in Beijing.

© Sputnik / Evgeny Yepanchintsev
India Opens Outreach Centre in Beijing to Attract More Chinese Tourists
Recently, Indian government officials, led by the country's tourism minister, visited China and conducted road-shows in Beijing, Guangzhou, Wuhan and Shanghai, where tour operators and agents from India and China met to share information on the attractive packages on offer for tourists of both the countries.

People to people exchanges are a critical part of China's regional connectivity agenda. The efforts made in this direction in the last five years have generated good results. China and India co-produced a film titled "Kung-Fu Yoga" in 2017 under the project.