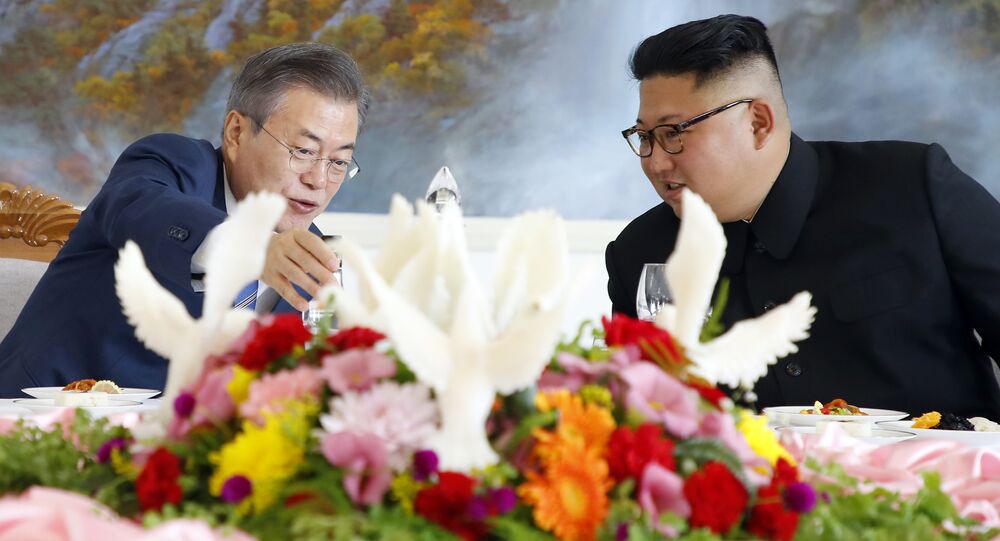 The North Korean Supreme Leader's gift comes on the heels of a three-day summit in Pyongyang. It wrapped up with a joint statement that Seoul praised as the end of the state of war between the divided Koreas.

The gift arrived in South Korea earlier in the day, while Moon was still on the way back home from the North after his three-day summit in Pyongyang, which South Korea touted as the end of war on the Korean peninsula.

"While the president and his wife continued to stay in the North, Chairman Kim Jong-un's gift arrived here. Two tons of pine mushrooms arrived at Seoul Air Base early this morning," he told a press briefing.

Moon has instructed his office, known as the Blue House, or Cheong Wa Dae in Korean, to share the mushrooms among war-torn families that have yet to be reunited with their long-lost loved ones in the North.

"I hope the mushrooms, with the scent of North Korea intact, may offer some condolence," Moon was quoted as saying.

In August, amid thawing relations on the peninsula, cross-border family reunions took place for the first time in nearly three years. The Korean War of 1950-1953, which concluded with a stalemate and split the peninsula into two countries, also separated thousands of Korean families. They periodically get a chance to meet relatives on the other side of the border.

Trump Announces He Will Soon Meet With Kim