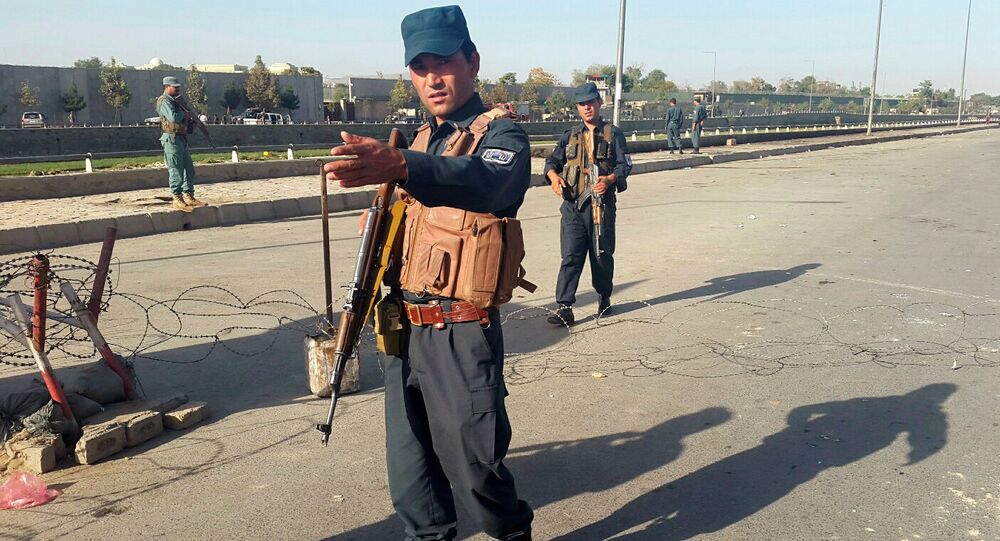 MOSCOW (Sputnik) - At least three people were killed and 14 others were injured in a bomb attack in Afghanistan's capital of Kabul, the TOLOnews broadcaster reported, citing the country's police forces.

The TOLOnews broadcaster reported that the suicide attack, carried out in Kabul's Taimani district on Sunday afternoon, targeted the supporters of Ahmad Shah Massoud, the country's deceased political leader fighting against the Taliban insurgency, who were commemorating his death anniversary.

According to the news outlet, Afghan National Directorate of Security officers have eliminated another suicide attacker earlier in the day, who had been planning to carry out a blast, targeted against Massoud supporters, near the US Embassy in Kabul.

© REUTERS / Stringer
Taliban Wants Direct Peace Talks With Afghan Government Without Mediators - Reports
Hundreds of Massoud supporters have been driving across the city and shooting indiscriminately into the air on September 9. Kabul police reported that over 100 people had been arrested for shooting in the air as of mid-afternoon, while 10 weapons and 25 vehicles had been seized.

Massoud, Afghan political and military leader, was assassinated in a bomb attack on September 9, 2001, after having survived several other assassination attempts. Due to his contribution to the fight against the Taliban movement, Massoud was awarded the rank of Afghanistan's National Hero.

Knockoff, and Possibly Genuine, US Military Uniforms on Sale in Kabul (PHOTOS)