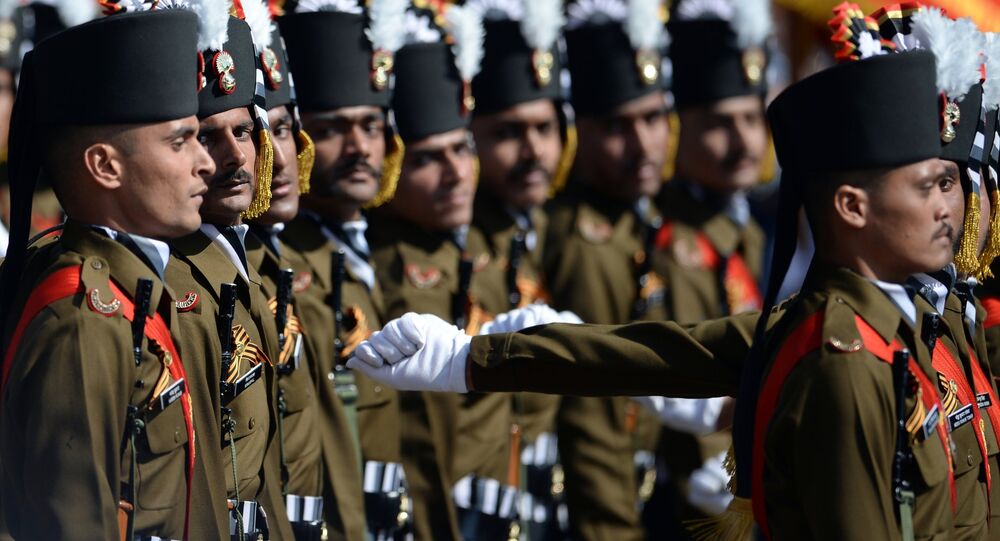 In rural areas that are difficult to reach by road or air, small telemedicine hubs will be set up which will facilitate real-time consultations between soldiers and doctors from bigger healthcare facilities. The interaction will be enabled by the ISRO’s communication satellites.

New Delhi (Sputnik) — In an attempt to fill the much-needed gap in life-saving medical support for India's armed forces deployed in difficult terrain, including the world's highest battlefield, the Siachen Glacier, the Indian Space Research Organisation (ISRO) will be setting up telemedicine nodes in critical places across the country.

The space agency has already signed an agreement in this regard with the country's defense ministry.

© AFP 2021 / ARUN SANKAR
Electric Eye: New Satellite Gives India the Edge Along the Border
"There is no permanent hospital or medical centers for security personnel. Through our satellite-based telemedicine program, we can provide medical services to soldiers deployed in these far-flung areas. We set up small telemedicine hubs in these areas and link them to big hospitals in cities through our GSAT-series communication satellites. Specialist doctors in these hospitals interact with ailing or injured soldiers and prescribe them medicine. The prescribed medicine is then provided to ailing soldiers from the medicine stock stored in that place," ISRO Chairman K Sivan told English Daily Times of India in an interview.

Siachen, the highest battlefield in the world, bordering India and Pakistan in the Himalayan range, remains cut off during the winter due to extreme climate conditions and difficult terrain. In winter, the temperature drops to as low as minus 60 degrees Celsius. Natural challenges like avalanches and landslides at such icy heights are an additional enemy which the soldiers brave year-round. The only mode of evacuation from these posts during a medical emergency is by helicopter, and this too is limited to only days when flying is feasible.