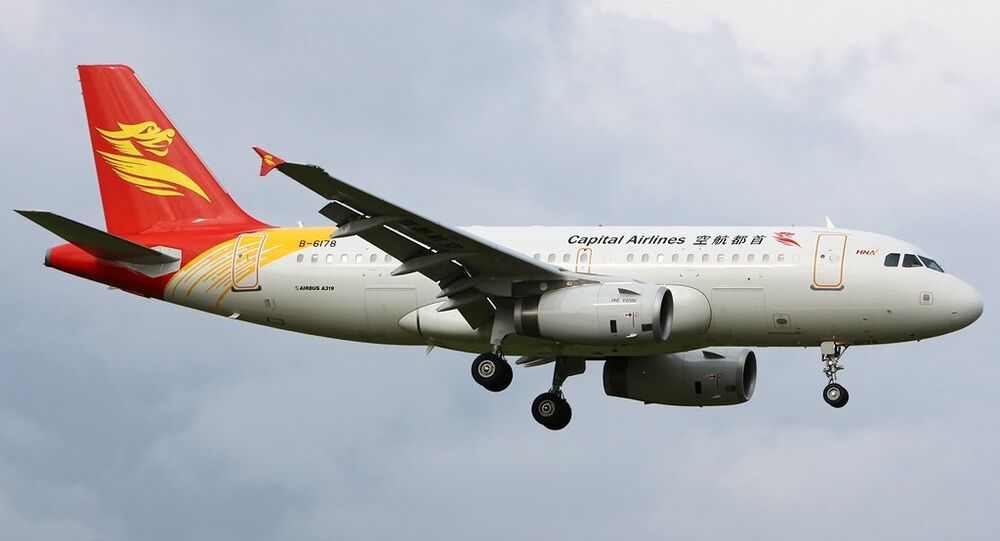 A Capital Airlines flight headed to eastern China Sunday afternoon suddenly lost altitude due to mechanical issues, causing many passengers to fear for their lives.

China's Capital Airlines flight JD5158 was only 20 minutes into its domestic journey from Kunming, Yunnan Province, to Hangzhou, Zhejiang Province, when the plane started making loud noises. Shortly afterward, the pilot told the 146 passengers and nine crew members on board that the cabin was losing pressure and oxygen masks would be deployed, the South China Morning Post reported Monday.

One of the passengers, identified only by his family name, Zhang, told the Qianjiang Evening News this weekend that he saw and smelled smoke on the plane and felt the jet's rapid descent. When his six-year-old son asked him why the plane was descending so quickly, Zhang told him that they were playing a mask game, in which they had to place the oxygen masks over their faces.

"I am only in my 30s, and I don't want to die. Even if I had to die, please don't let anything bad happen to my son," Zhang said, recalling some of his thoughts during the incident.

He also told the newspaper that nearby passengers were recording what they thought were their last words to loved ones on their cellphones while children cried.

Another passenger, also surnamed Zhang, told the Beijing News that she wrote a goodbye text to her parents on the flight, because she was sure she wasn't going to make it out alive.

"I have never had such an experience, and I literally thought we were going to crash," the woman said. "I switched on my mobile phone and wrote to my parents about how sorry I would be if I didn't survive."

After the plane stabilized, the pilot told the passengers that he would be diverting the plane back to Kunming airport. Once the plane landed safely at around 3:30 p.m. Sunday, passengers applauded the professionalism of the pilot and the crew members.

A statement from the airline provided to People's Daily said that the plane had mechanical problems, but no one was injured. The plane, which is only five years old, is currently being repaired.