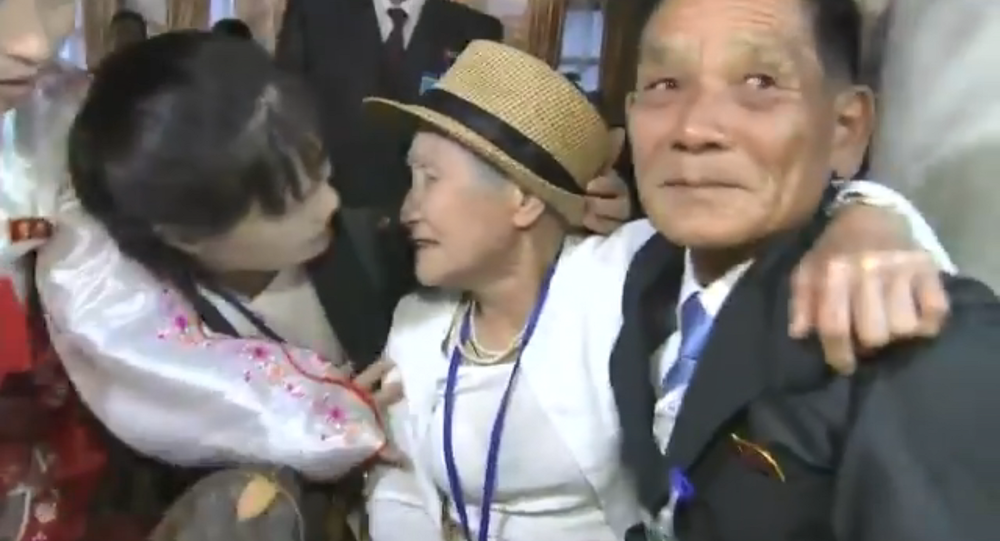 A cross-border reunion between families divided by the Korean War is off to a heartwarming start, with families from both North and South Korea meeting for the first time in decades.

​During that time, the families are expected to get around 11 hours of face time together, Yonhap News Agency reported.

Tears flowed freely in many of the reunions, with one meetup being between Lee Keum-seom, a 92-year-old mother who wound up in South Korea after the Korean War broke out in 1950, and her now-71-year-old son Ri Sang Chol, who has lived in the North all this time. He was four when they last saw one another.

As they met, Lee asked her son: "How many children do you have? Do you have a son?"

"I never imagined this day would come," she said, Sky News reported. "I didn't even know if he was alive or not."

Quote taken from a participant: ''We want the two Koreas to be reunified so badly, there would be nothing greater than to live together even for just one minute'' pic.twitter.com/UNcoUBMs31

​According to Yonhap, many of the participants, chosen from a pool of 57,000 potentials, are in their 70s and older, with less and less of the generation that lived through the war and the divide still living today.

The war, when ended in an armistice agreement in 1953, killed nearly 10 percent of the Korean population, with nearly 5 million Koreans dying in the conflict, according to History.com. The armistice agreement created a heavily guarded Demilitarized Zone dividing the socialist North from the capitalist South. To this day, no permanent peace treaty exists, meaning normalizing cross-border relations (or reunification) is difficult at best.

© REUTERS / KCNA
South Korea Seeks Reunification of Peninsula: Not in Line With US - Analyst

''We want the two Koreas to be reunified so badly," one participant said. "There would be nothing greater than to live together even for just one minute."

The oldest participant this year, Baik Sung-kyu, is 101, and will meet his daughter-in-law and granddaughter.